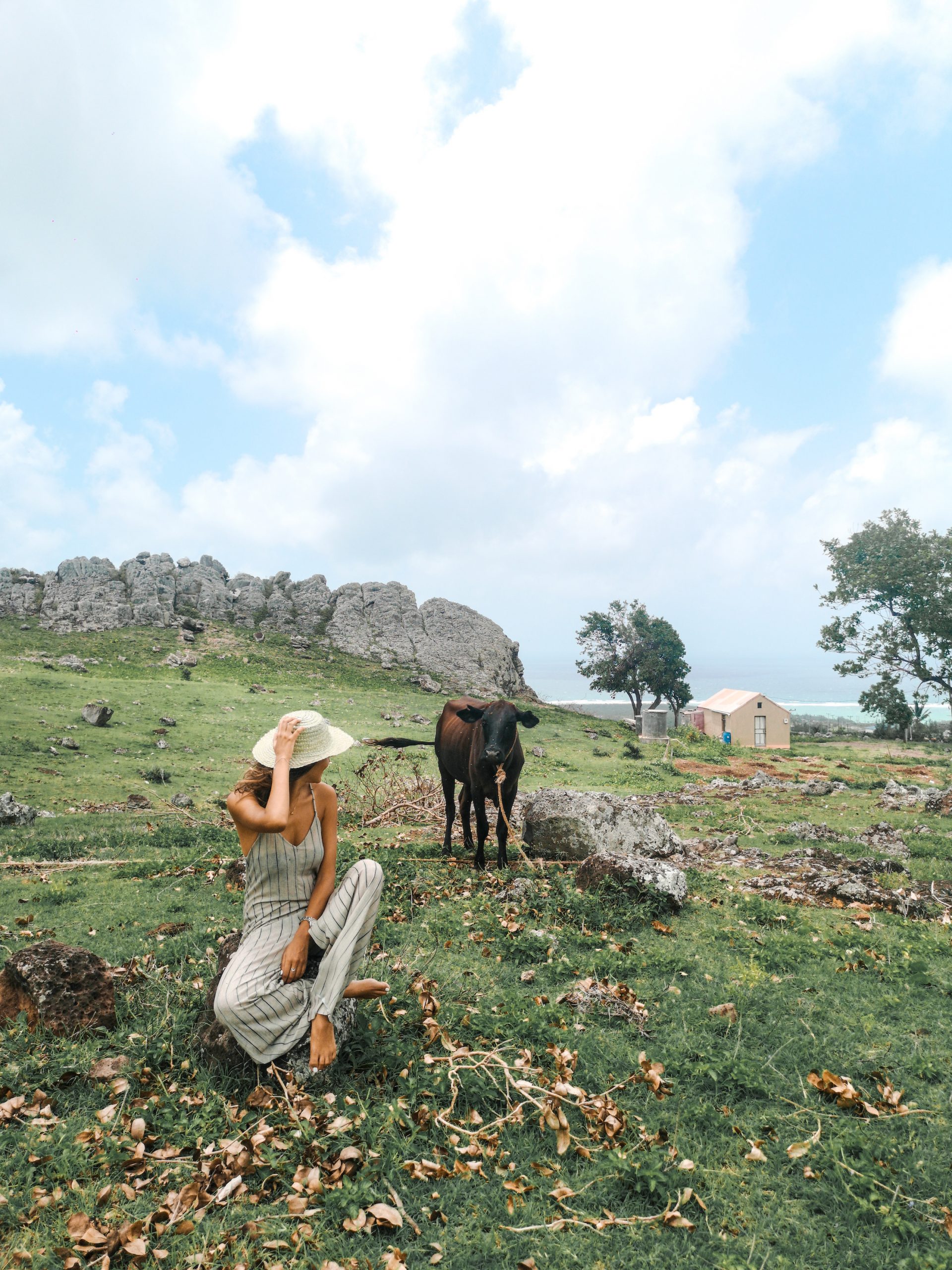 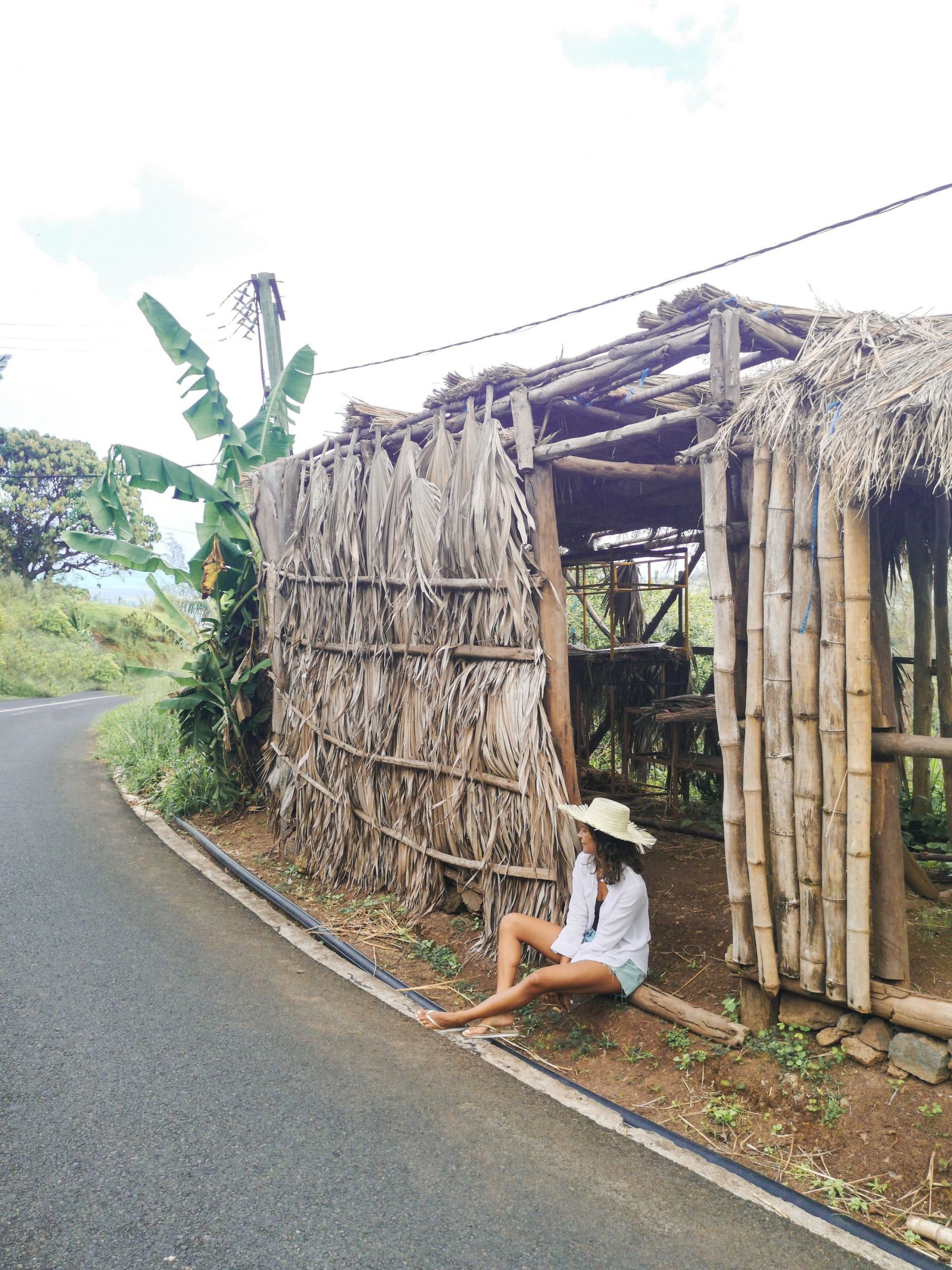 I love to travel probably more than anything else. I enjoy discovering new places and I also love to go back to places close to my heart. The reason why this is my second visit to Rodrigues Island, and there will be for sure a third one as I did not have the time to go on its numerous beautiful islets.

Rodrigues is by far the smallest and remotest of the Mascarene Islands, lying 574 east of Mauritius. The island is just 17.7 km long by 8.45 km wide covering an area of 104km2 for about 40,000 inhabitants. Being still part of Mauritius, Rodrigues has gained autonomous on 10 December 2002 and is governed by the Rodrigues Regional Assembly. The capital of the island is Port Mathurin.

The island was discovered in February 1528 by the Portuguese ship’s pilot, Diogo Rodriguez, and named in his honour. One can travel to Rodrigues Island from Mauritius Island. The first flight to Rodrigues on Air Mauritius was on 13th September 1972.

Today there is a maximum of 9 flights per day to the island.

I stayed a total of 3 nights in a beautiful lodge in Eau Vannee called the Gombrani Lodge, where Christelle and Franceau the owners of the lodge and both of them from Rodrigues have welcomed us with open arms. The true island hospitality and they have cared for us during our stay.

The lodge is so beautifully nested on a hill with an outstanding view on the turquoise lagoon from where you can have a clear view of the Gombrani island, after which the lodge bear the name. The lodge is perfectly situated, you are literally 20 minutes drive from the places of interest. They offer and Bed and Breakfast with a possibility to have dinner at the lodge itself when informed earlier by the guests.

Most locals travel by foot or take buses. For full island discovery, I recommend renting a car, preferably a 4×4 due to the rocky and uneven track roads. Just for you to know, there is one main road crossing the island west to east, called ‘la Route de L’Autonomie’. The rest of the roads are under construction or are track roads.

Grab yourself a local map and you are good to go at your own speed and explore the beautiful island of Rodrigues. 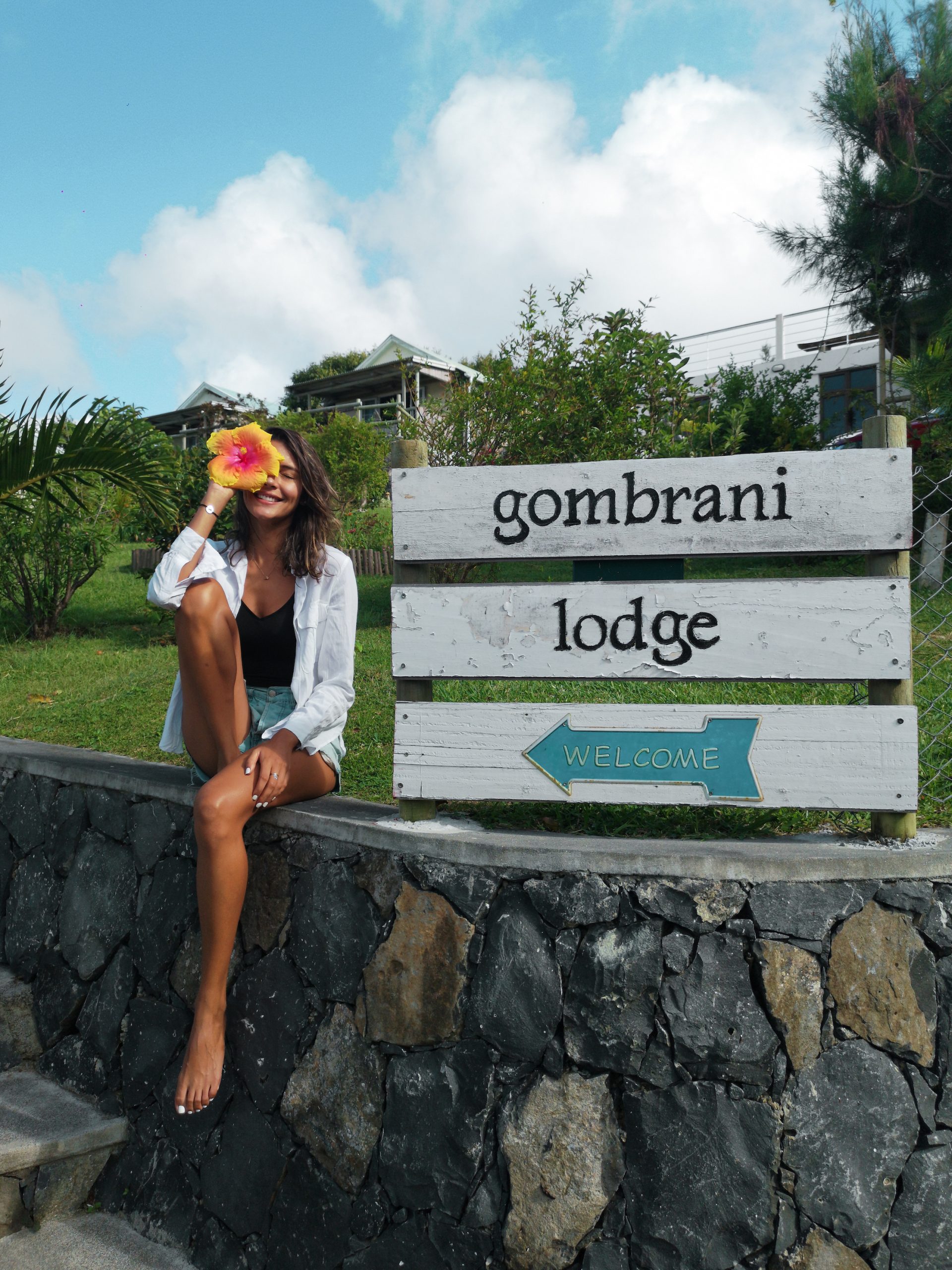 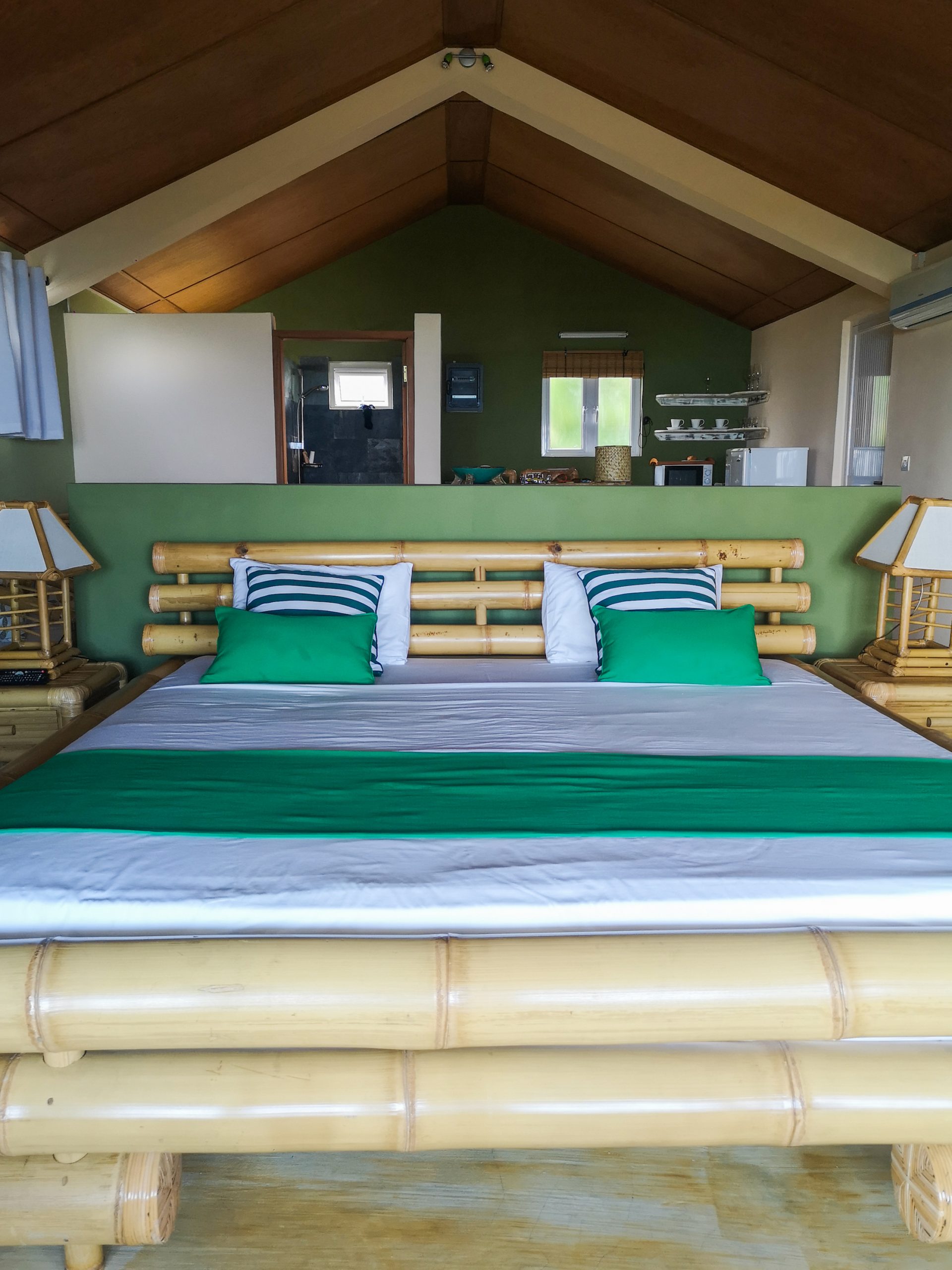 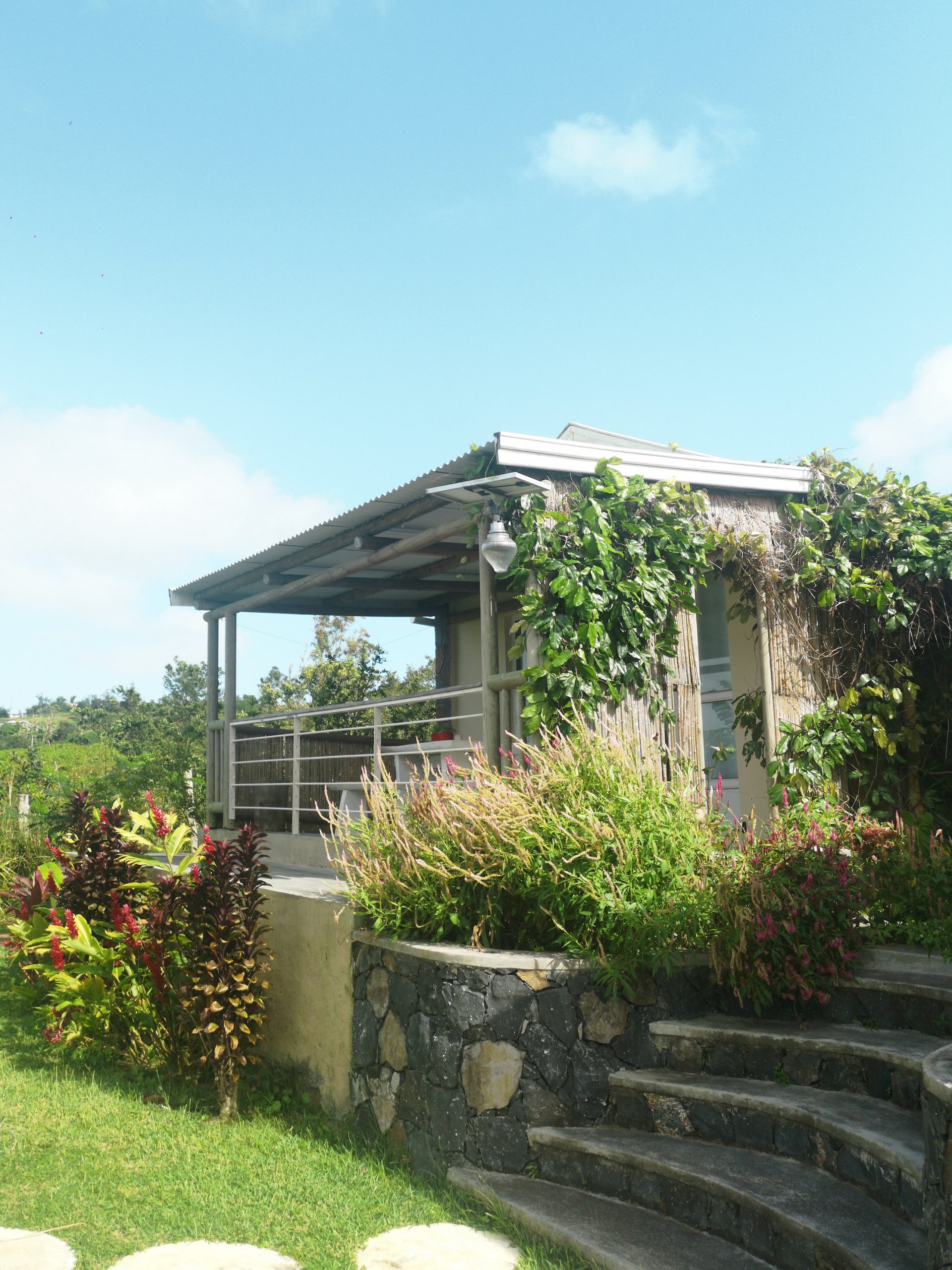 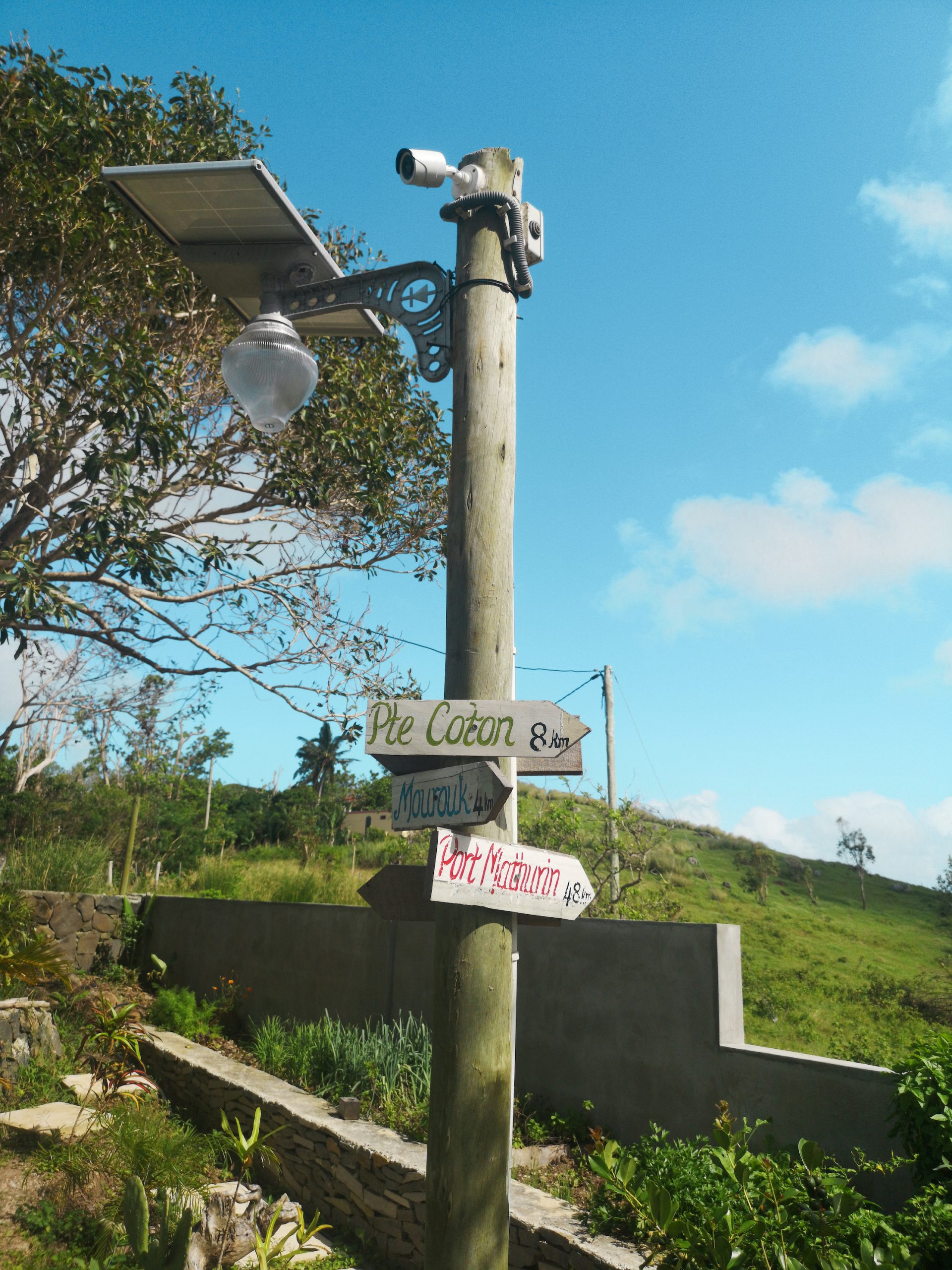 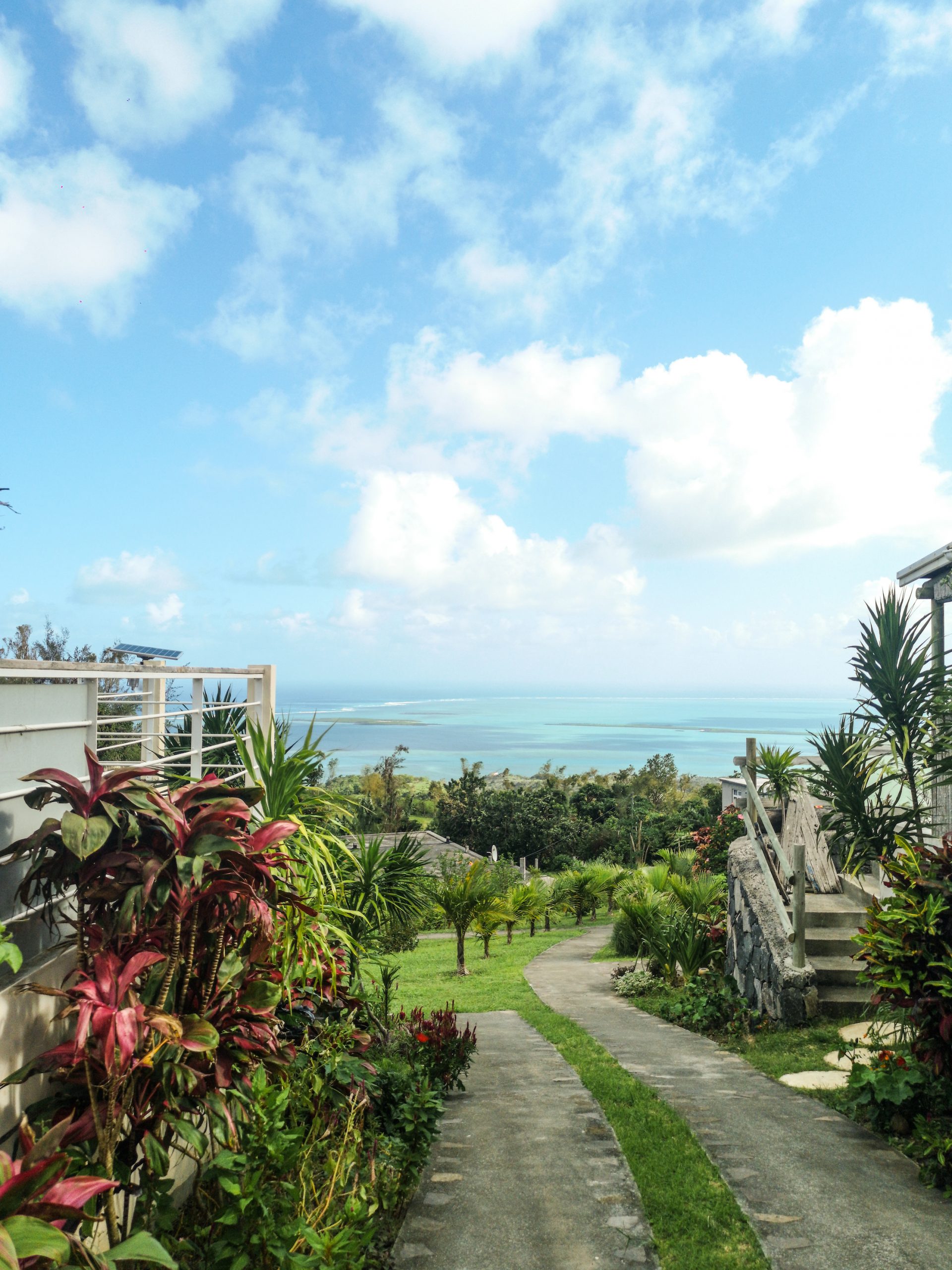 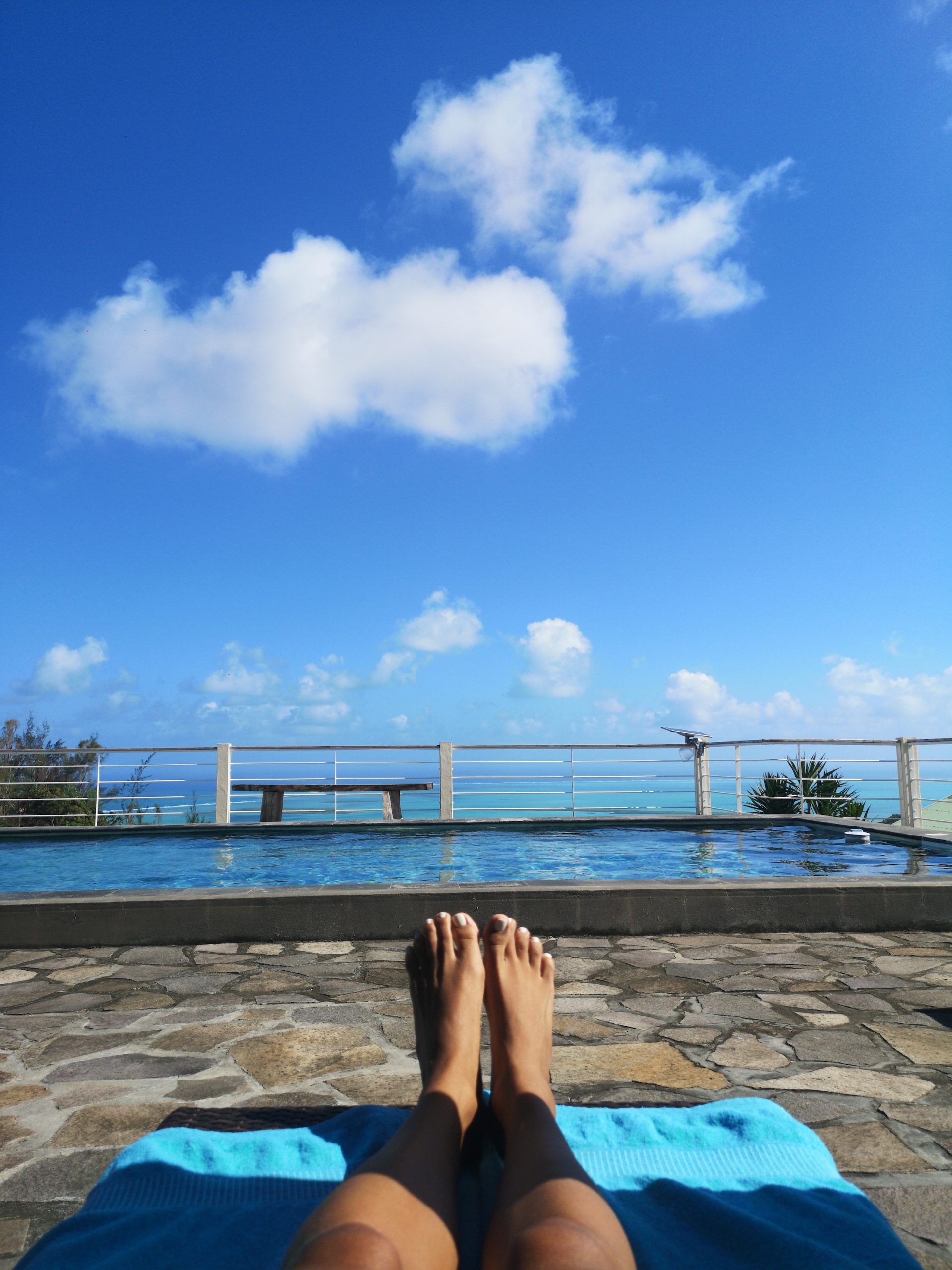 Must see and must do

Below is a list of my favourite places to do while in Rodrigues:

Probably one of the main attractions on the island and also the best way to meet and interact with the locals. At the market, you will find a range of artisanal products like baskets, hats, bags and all crafts products. Local and seasonal fruits pickle and jam, dried fish and dried octopus, and the famous Rodriguan ‘tourte’ are to be found there. Just behind is the traditional fruit and vegetable market where the local’s shop. After visiting the market, you could also walk around Port-Mathurin. 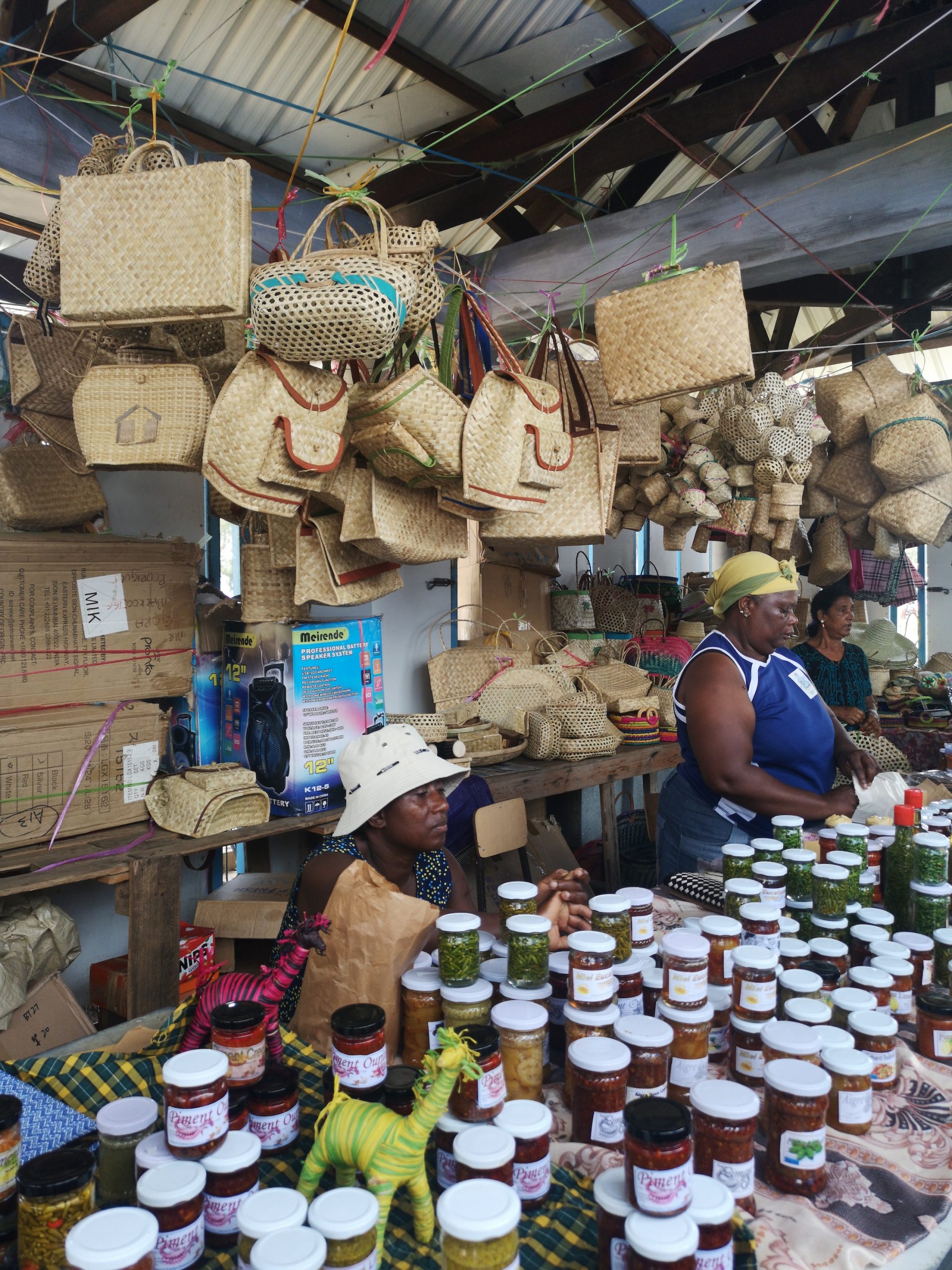 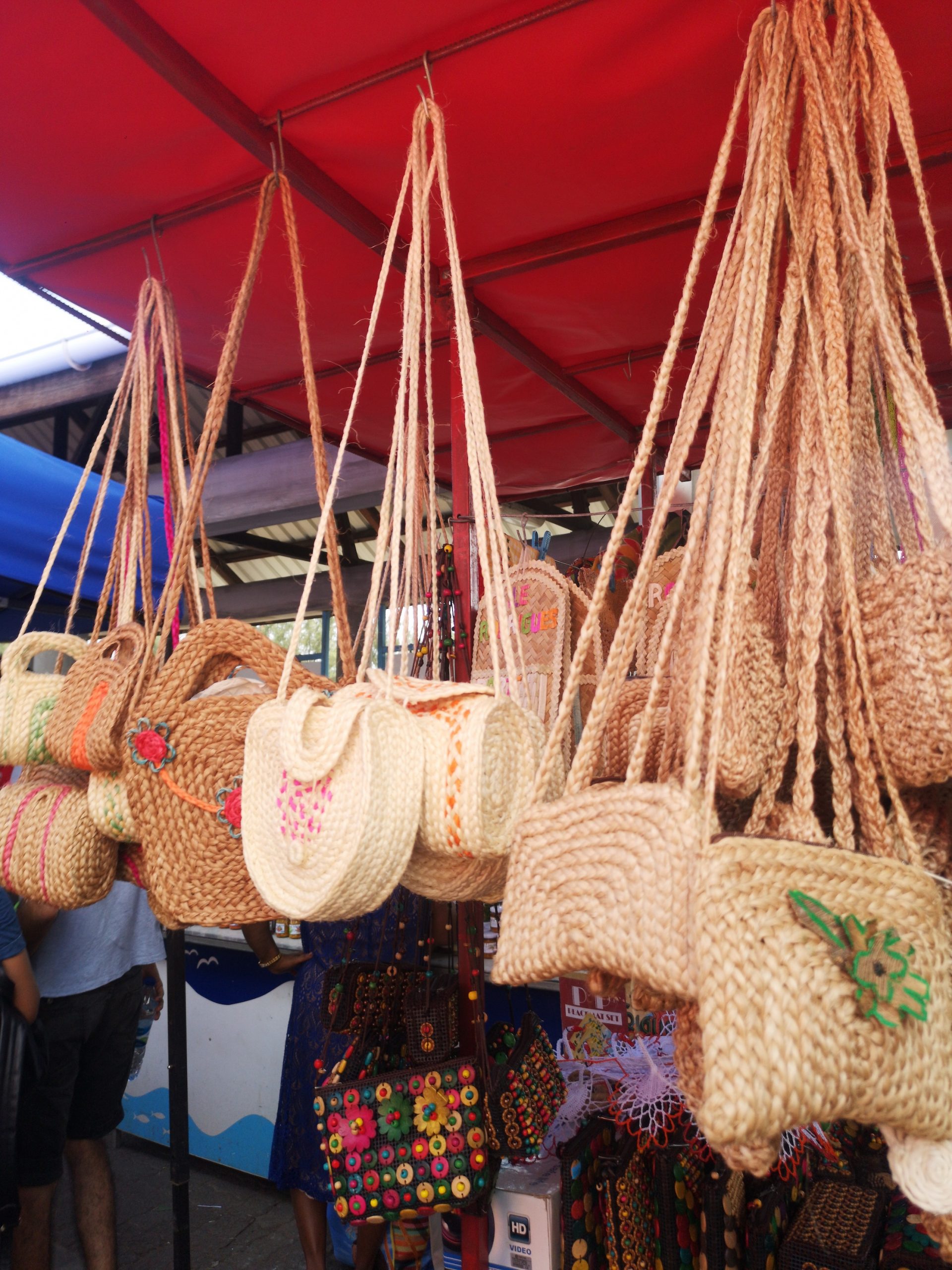 The North East of the island got to be my favourite part. So many to see there. You could fish and snorkel in the turquoise water at Baladirou beach or at Riviere Banane beach. After a good swim, have lunch at any of those amazing local restaurants you have in the region of Pointe Coton and St Francois and when your belly is full with the seafood delicacies to go and rest under the cliff at Trou D’Argent. 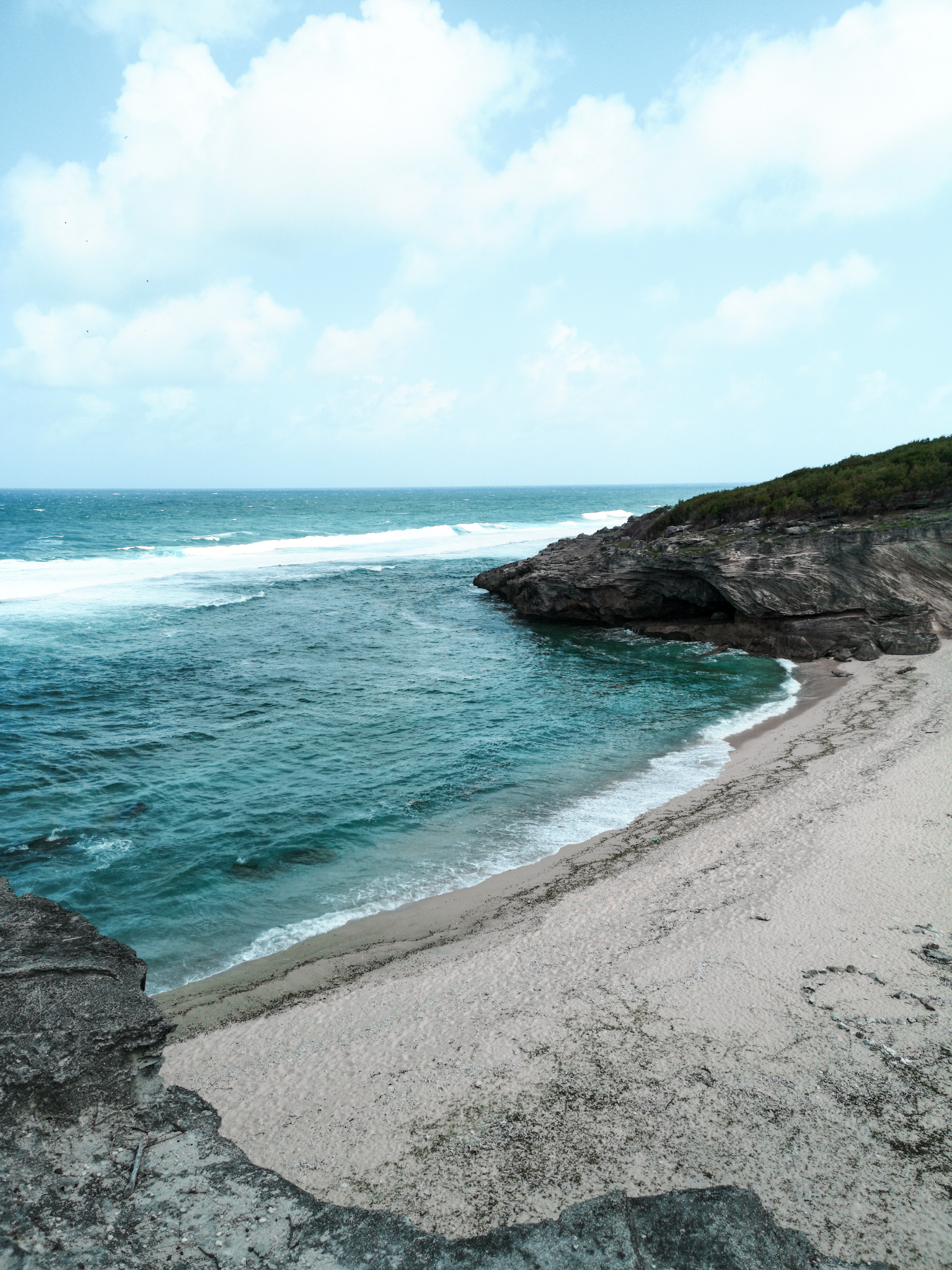 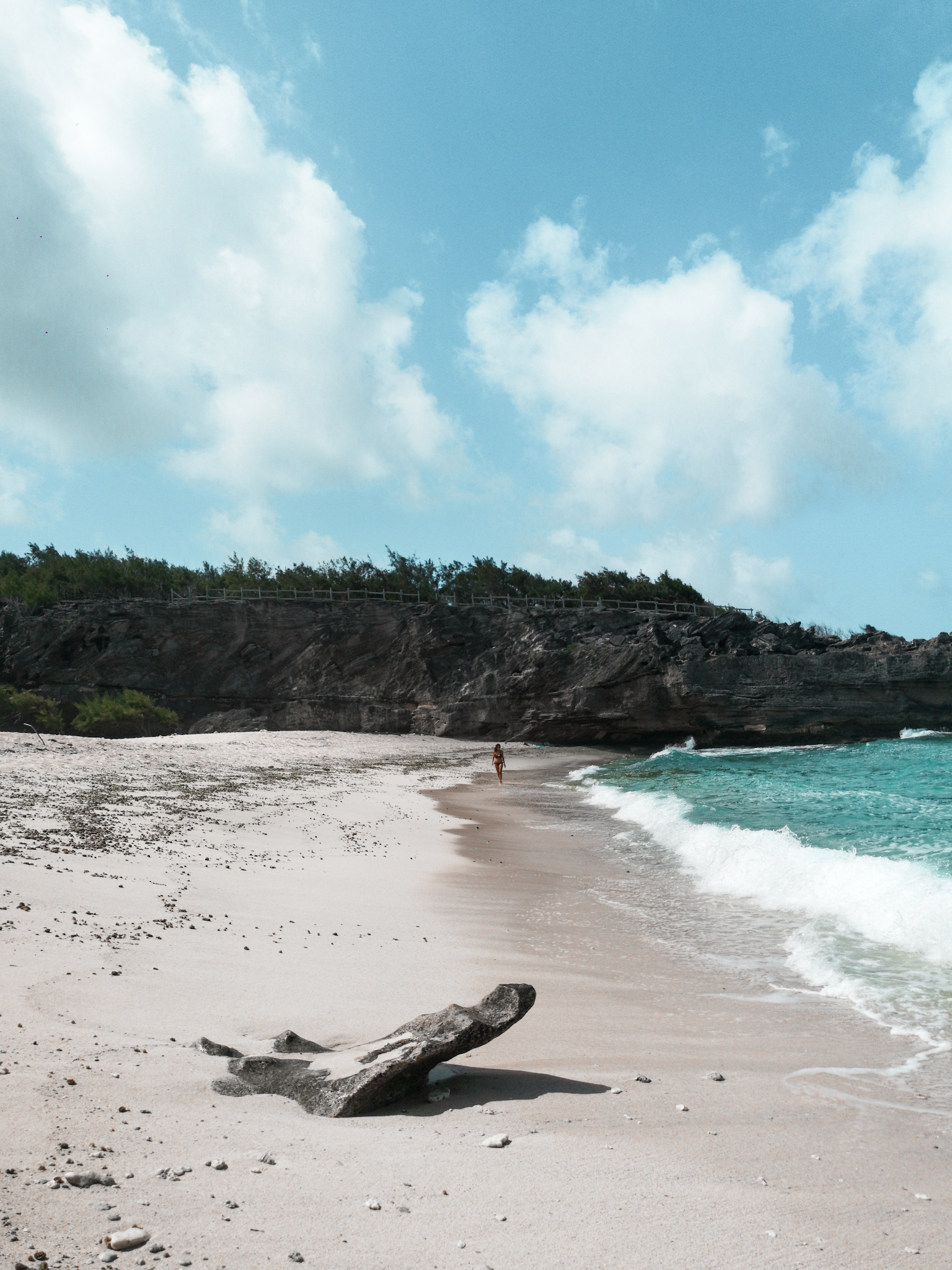 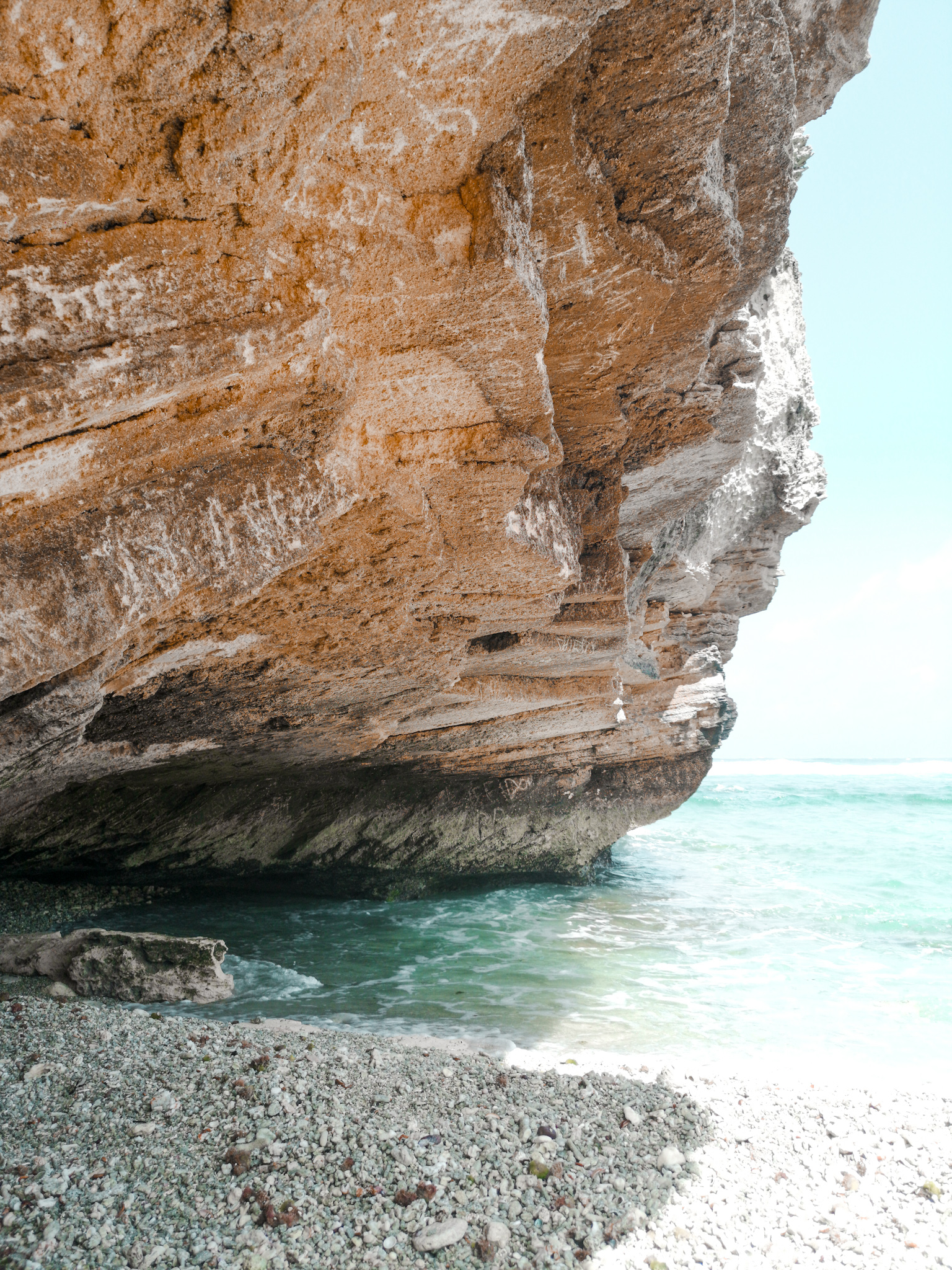 The drive from Port Sud-Est to Mourouk Beach

An absolute must do is to drive from Port-Sud-Est to Anse Mourouk. The view is just wonderful where you get to see kilometres ahead of the turquoise lagoon as you drive down to Mourouk beach. It is also at Anse Mourouk where you take the boat to go on the islets like Ile aux Chats and Ile Gombrani. In front of the Mourouk Ebony Hotel is a kitesurf paradise spot or even take lessons if you want to give kite surfing a try. 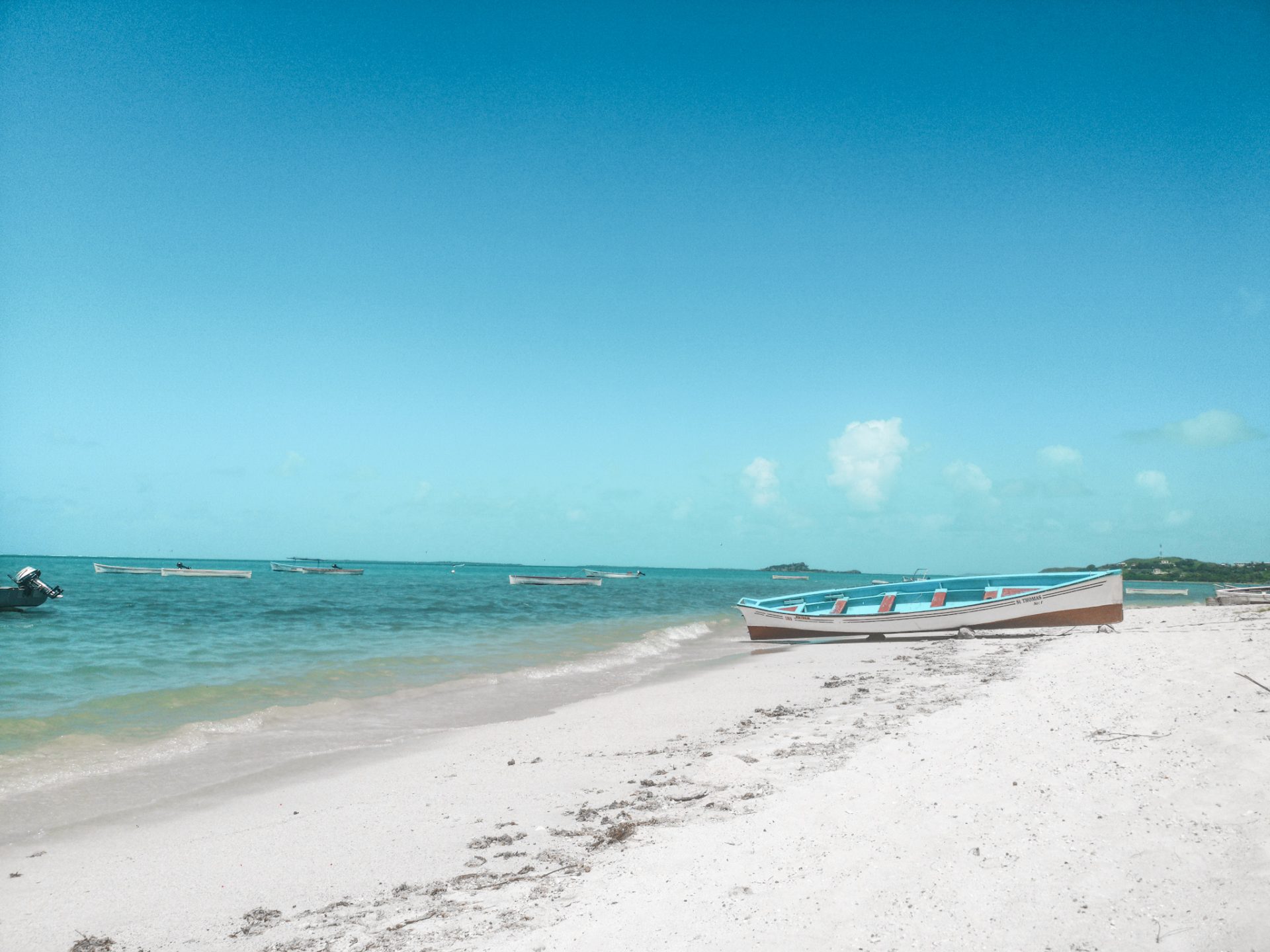 Not far from the airport, Plaine Corail is the Francois Leguat Giant Tortoise and Cave Reserve. The guided visit starts with the natural big cave where you will have to walk with safety helmets on. The visit is very interesting and the guide will take you in his crazy imaginations and make you also see images in the stalagmites and stalactites formation. The cave visit is kids friendly as it is very safe to walk it.

After the cave visit, the guide took us the reserve where we came close to the giant tortoises of Aldabra. Their average weight can be up to 250kg. These giant tortoises are in search of love and caresses; they especially enjoy caresses along their long neck.

The turtles were once hundreds of thousands on the island but all disappeared after a century of human exploitation. With the introduction of 3 species, you will live a unique experience as you stroll around the giant tortoises and learn about their behavior and more on them. The tour will last about 1.5- 2 hours

Not to miss as well is the Tortoise Museum, but also part of the island’s history within the reserve found at the entrance.

“There are such plenty of land-turtles in this Isle, that sometimes you see two or three thousand of them in a flock; so that one may go above a hundred paces on their backs; or, to speak more properly on their carapaces, without setting foot to the ground. They meet together in the evening in shady places and lie so close, that one would think those places were paved with them” 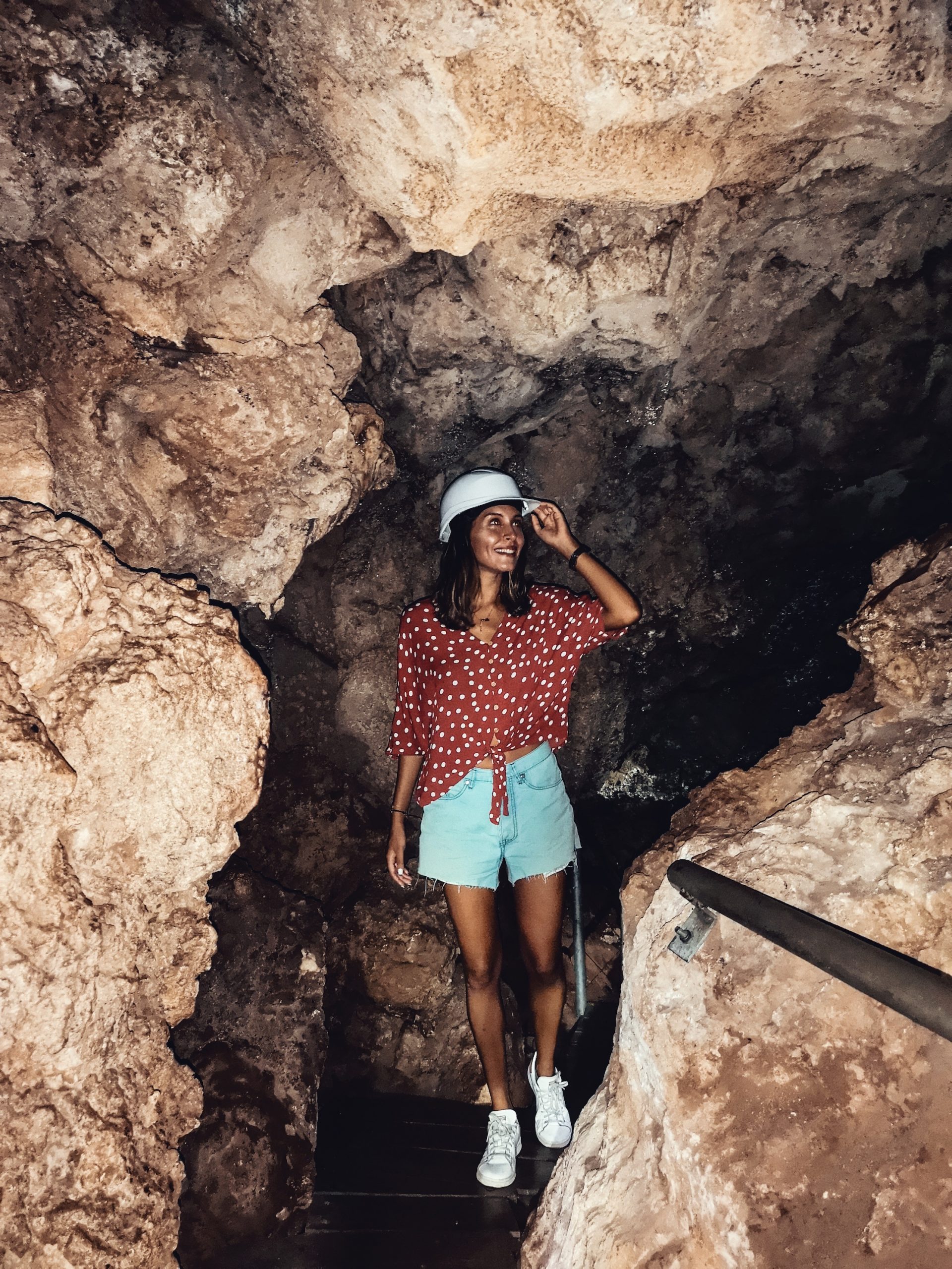 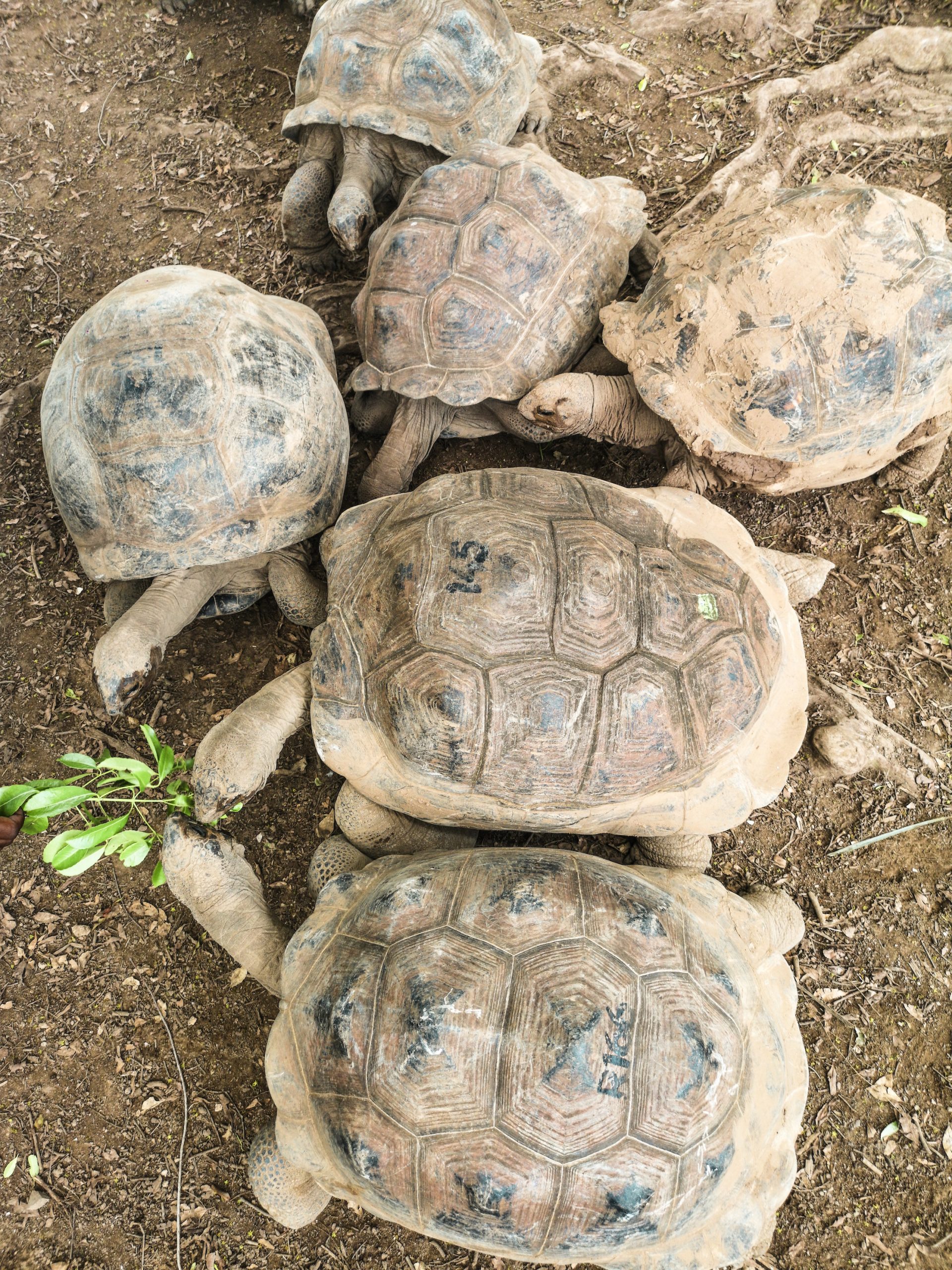 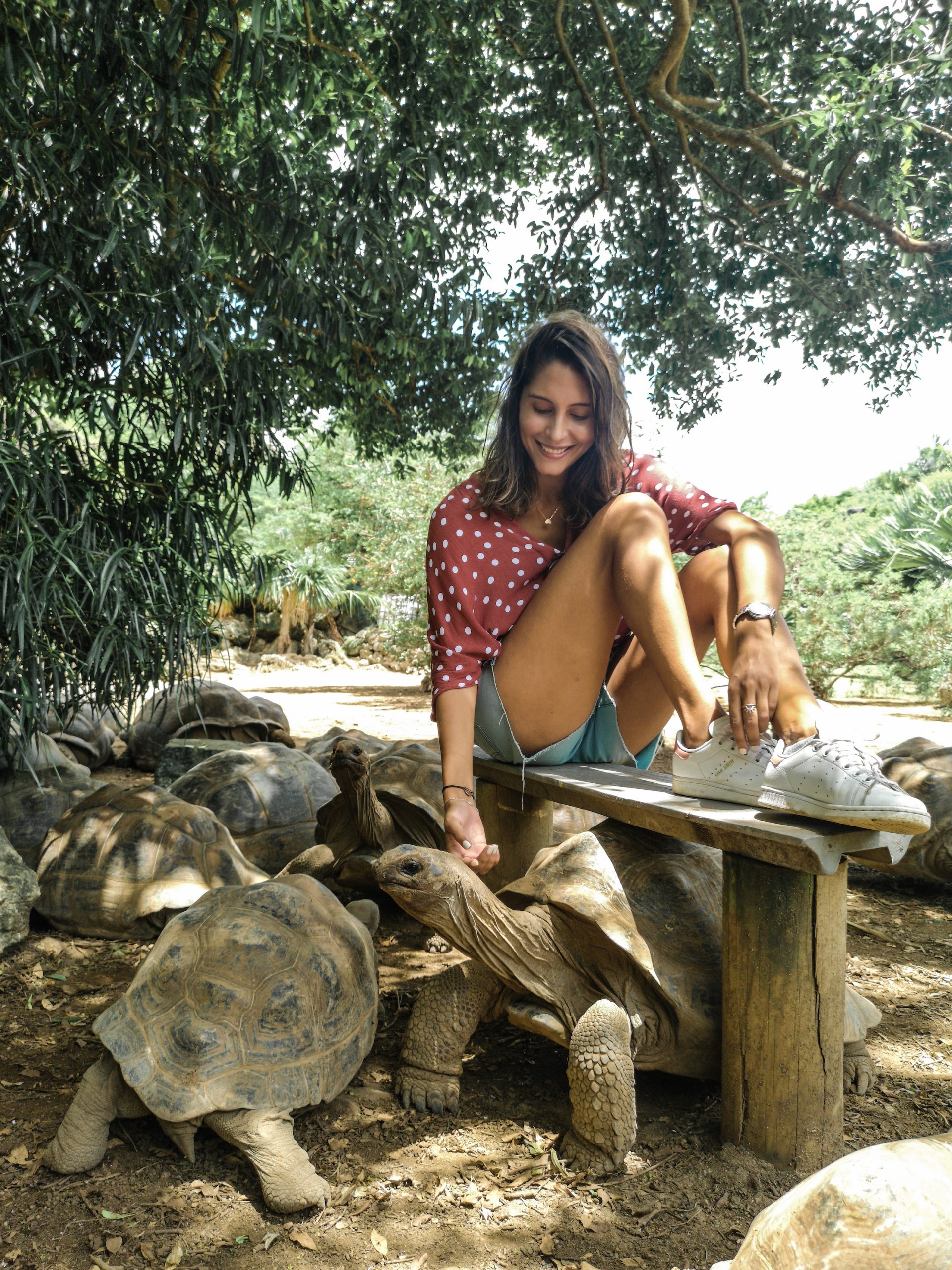 There are about 37 caves identified all over Rodrigues. The most known one is Caverne Patate, the biggest you can find on the island, about a kilometre long. However, visitors should be very careful as it can be very slippery and dangerous after heavy rains. Caverne Patate is not yet equipped for safe visits yet as compared to the Cave Reserve in Francois Leguat. However, if you plan to go, please be equipped with proper, shoes, a torch and a bottle of water. Helmets will be given to you at the entrance. It can be dangerous for children.

At the heart of St Gabriel village lies the Cathedral St Gabriel, the biggest Catholic church in the Indian Ocean. The church is a perfect representation of Rodrigues architecture; Curves, timber and stonework. Go there on a Sunday, the church comes to life with the mass. 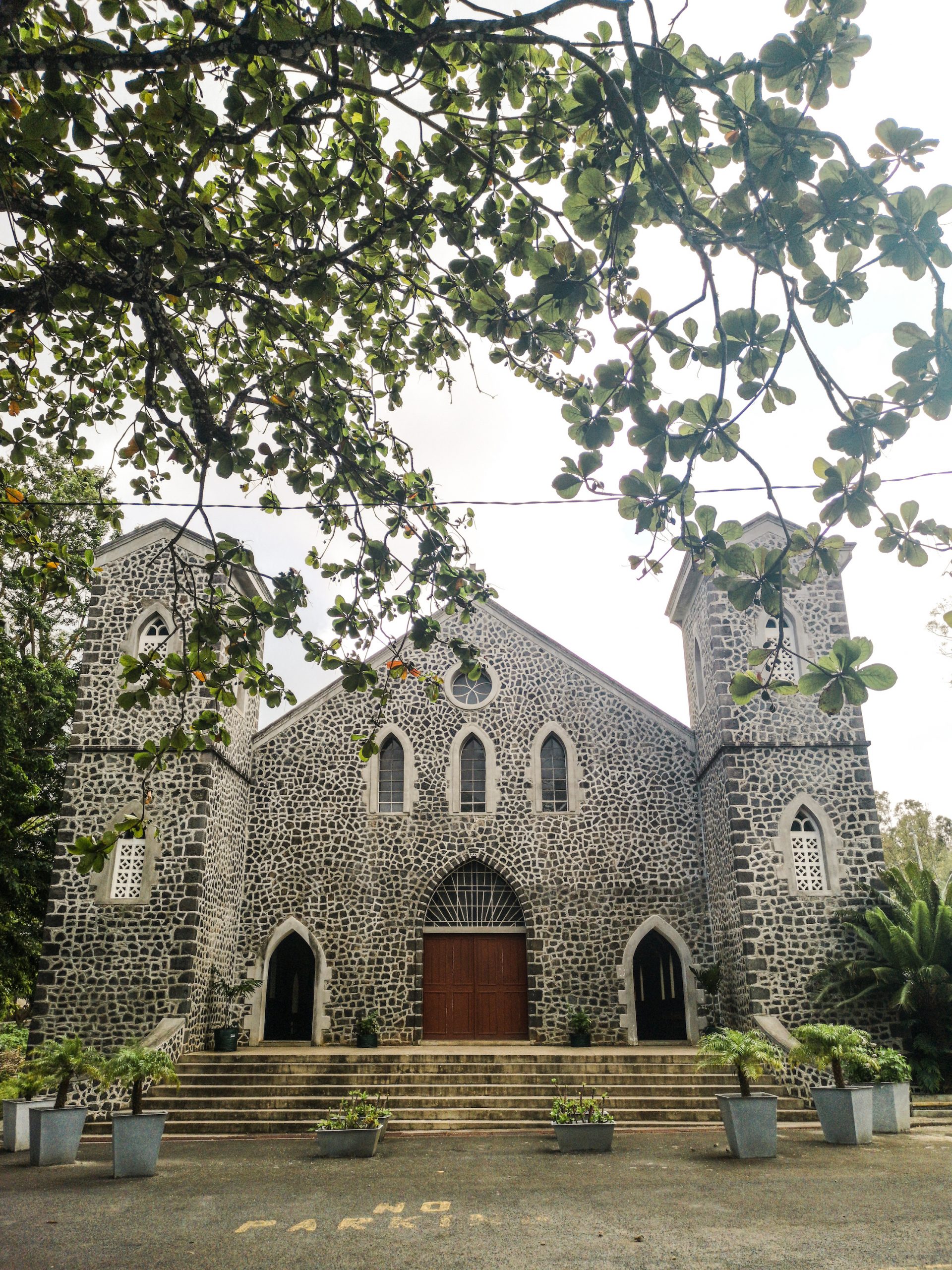 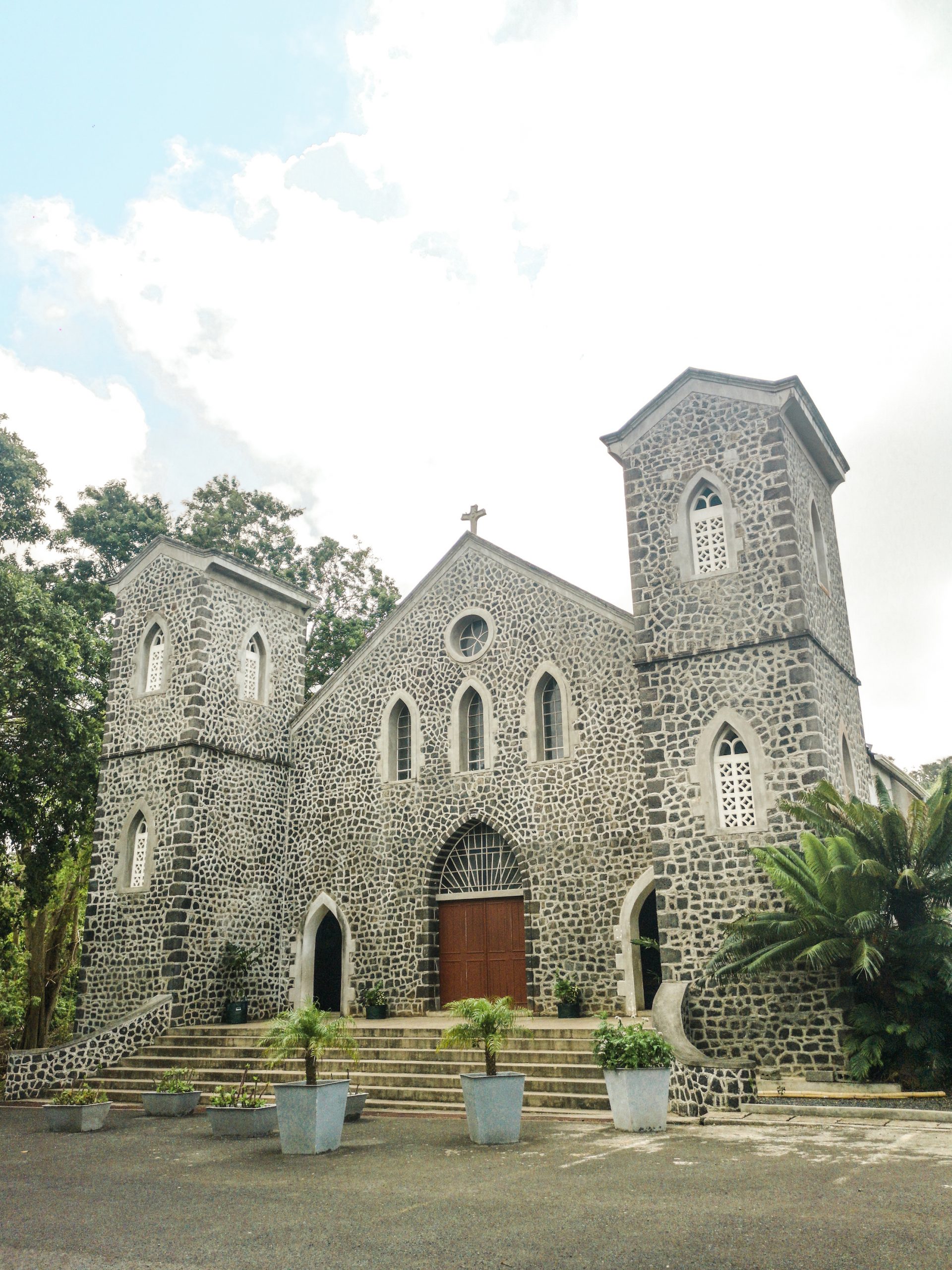 The first time I visited Rodrigues I discovered the delicious Jams and coulis made from a selection of the island’s local fruits. I fell in love straight away and brought numerous pots of Jam to have on my toasts back home and to share as well with friends and family. Not to mention that on this visit I had to make a detour again at Valerie to stock on. 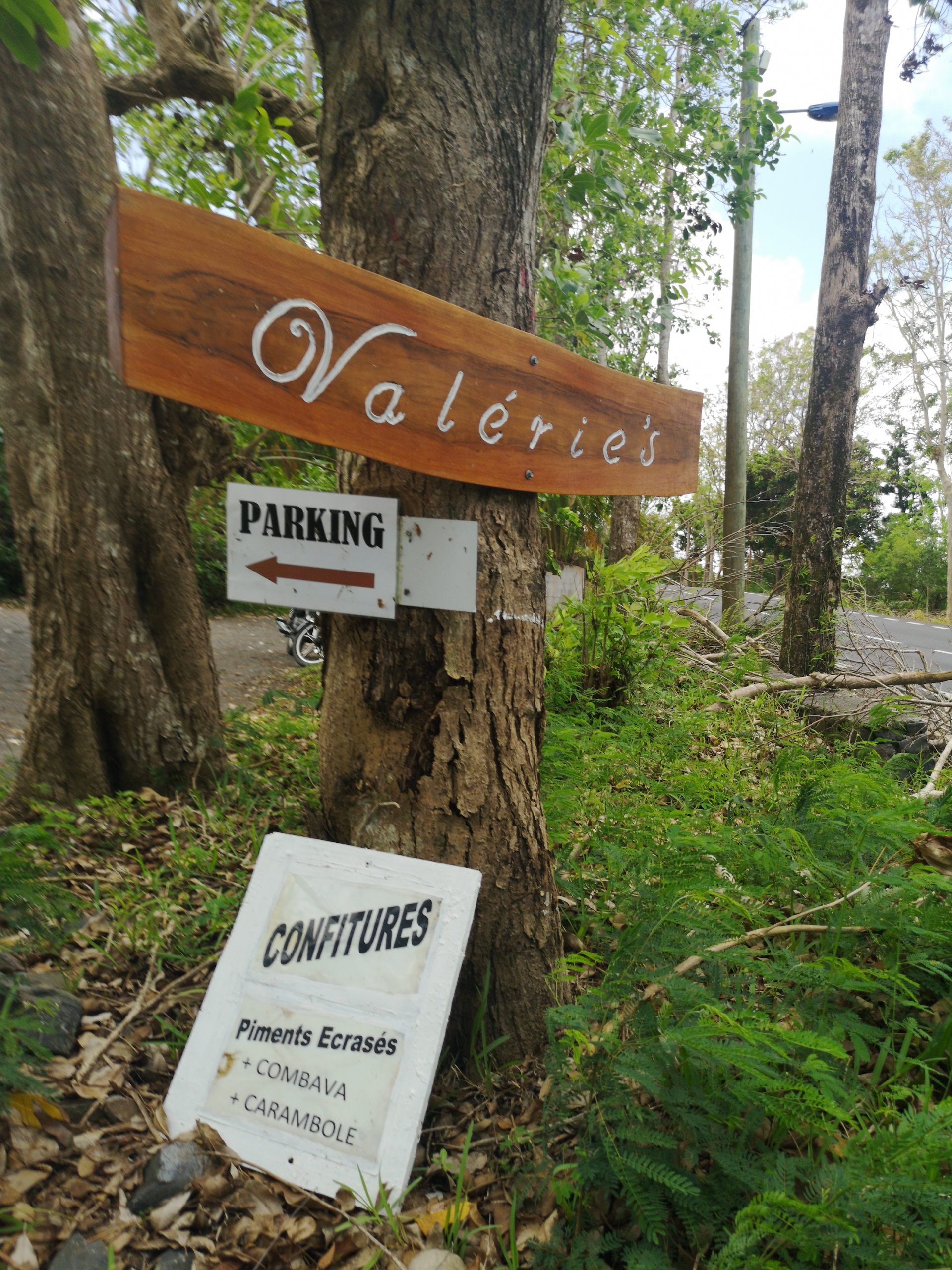 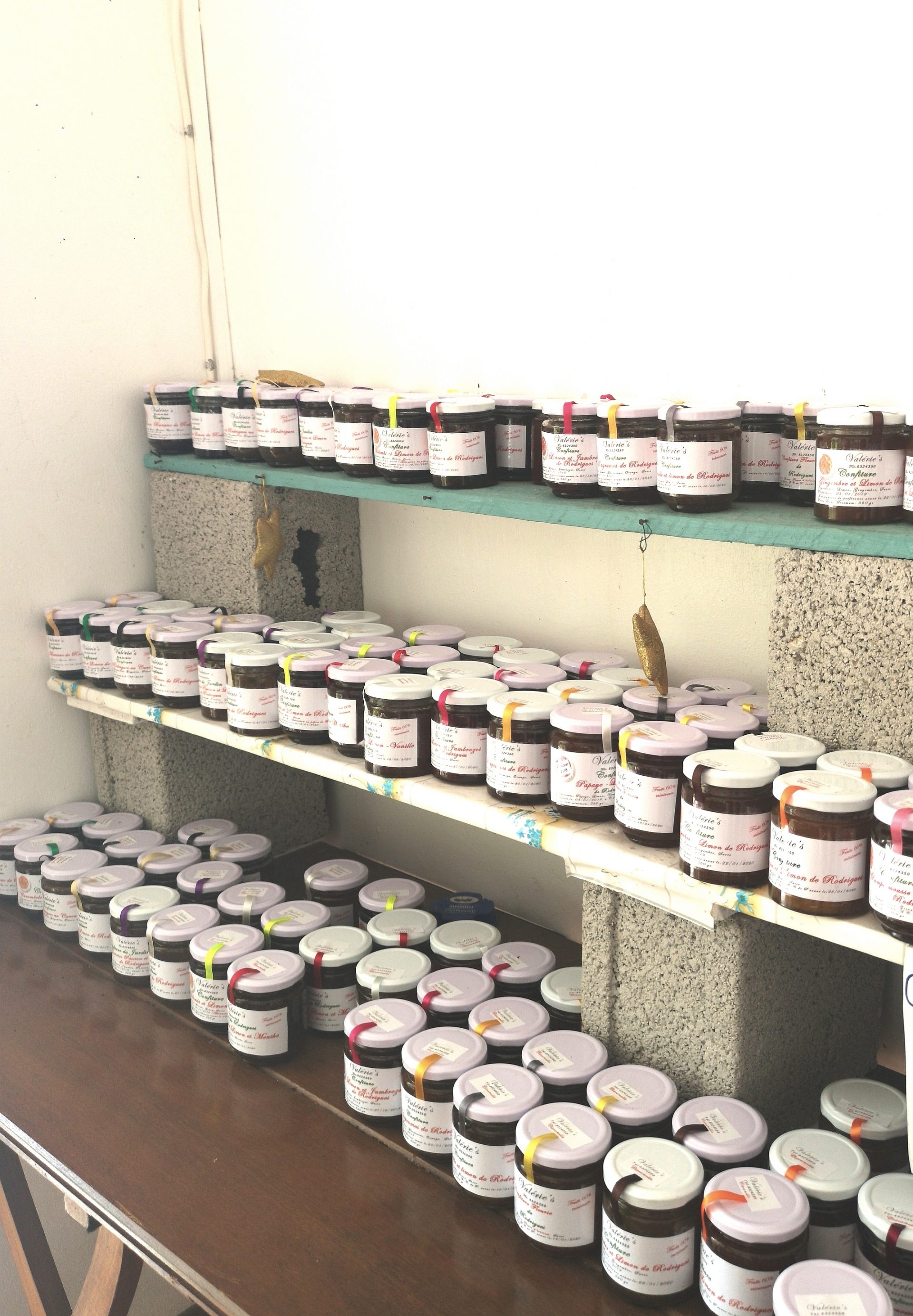 If you take the road from ‘La Ferme’ and drive till Plaine Mapou, make a stop at ‘Camp Pintate’. You will come across this beautiful little chapel Saint Jean L’Evangeliste that has quite an unusual architecture. Some people say it looks like a boat while others will say it looks more like a”Pintade”.

It is quite something when you see it with your own eyes and you can have your own opinion of what this cute chapel looks more like. 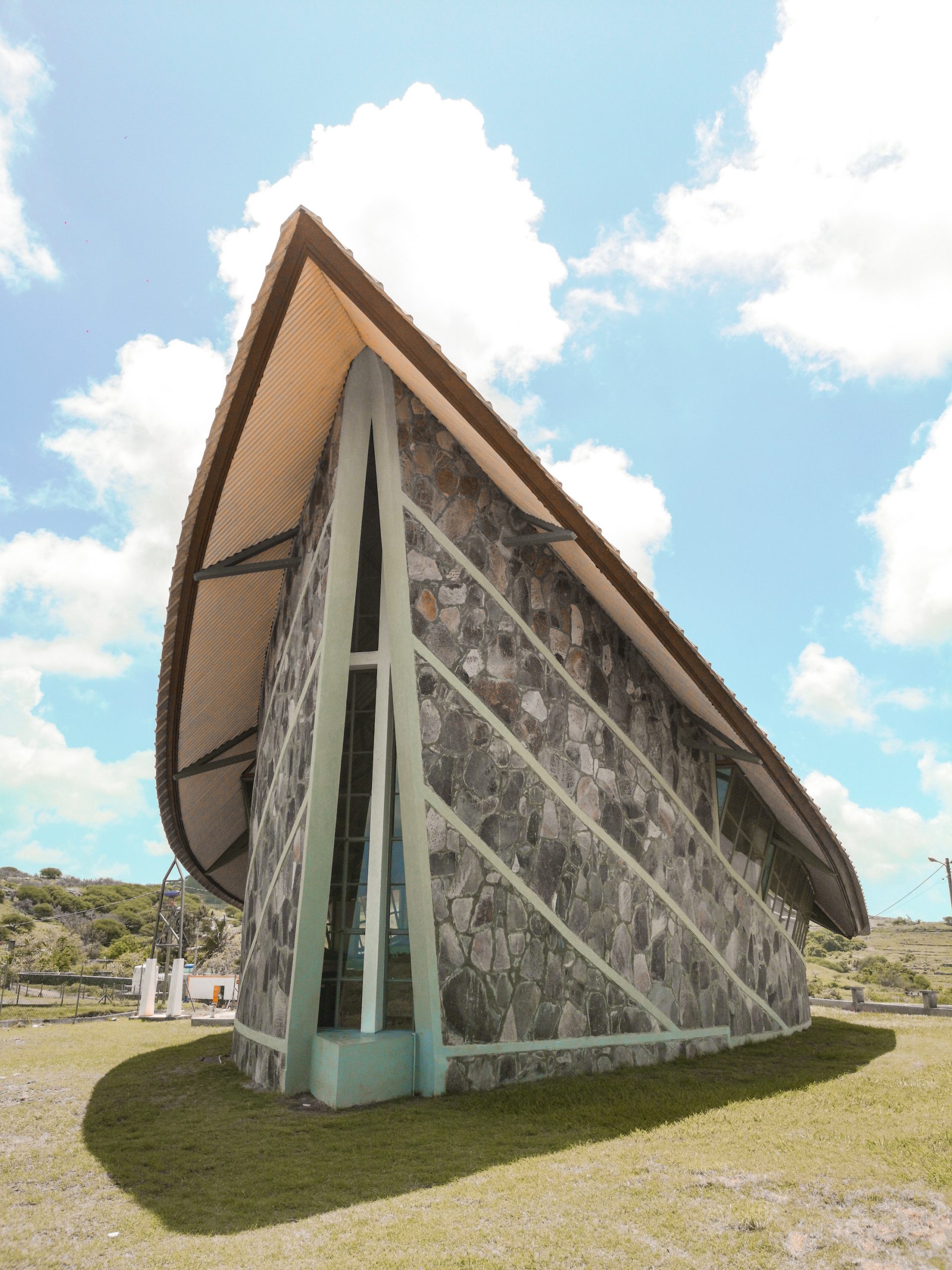 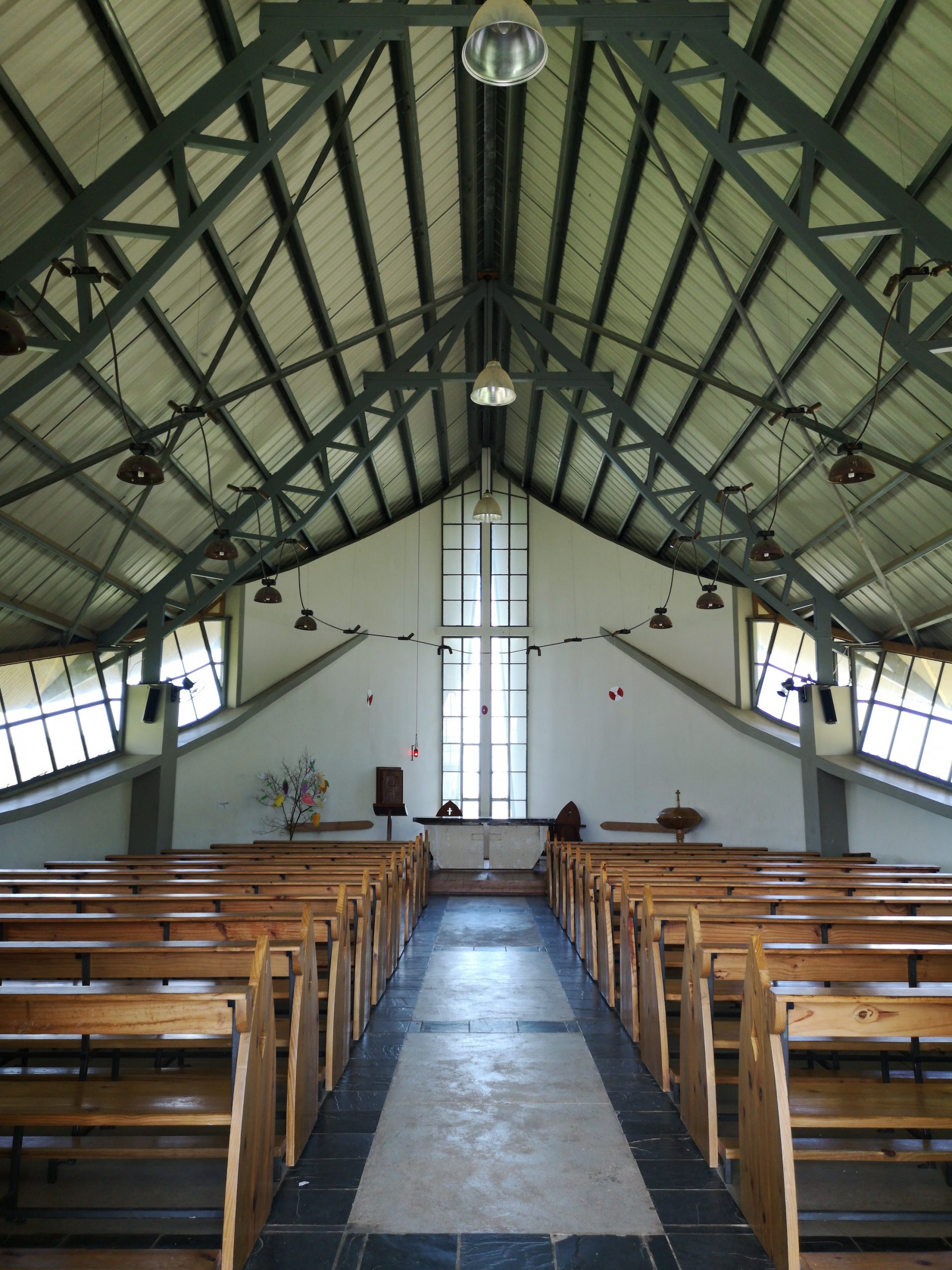 If you are a morning person, another local experience is to go fish octopus with the ladies in the morning. I could not do it myself as my visit was during the closure of the octopus fishing season. Which by the way is an excellent system which has been set up to protect the lagoon and help to restore the balance of marine life and sustainable reproduction. The fishing is closed twice per year to let the octopus grow.

The highest point of Rodrigues

If you want also to have a beautiful top view of the island and its huge lagoon, then go on top of Mont Limon, it is the highest point (398m)

One golden rule, wherever you go eat in Rodrigues unless you have any seafood allergies, ALWAYS order seafood. It is a blessing to have fresh seafood and above all so tasty, why not enjoy. 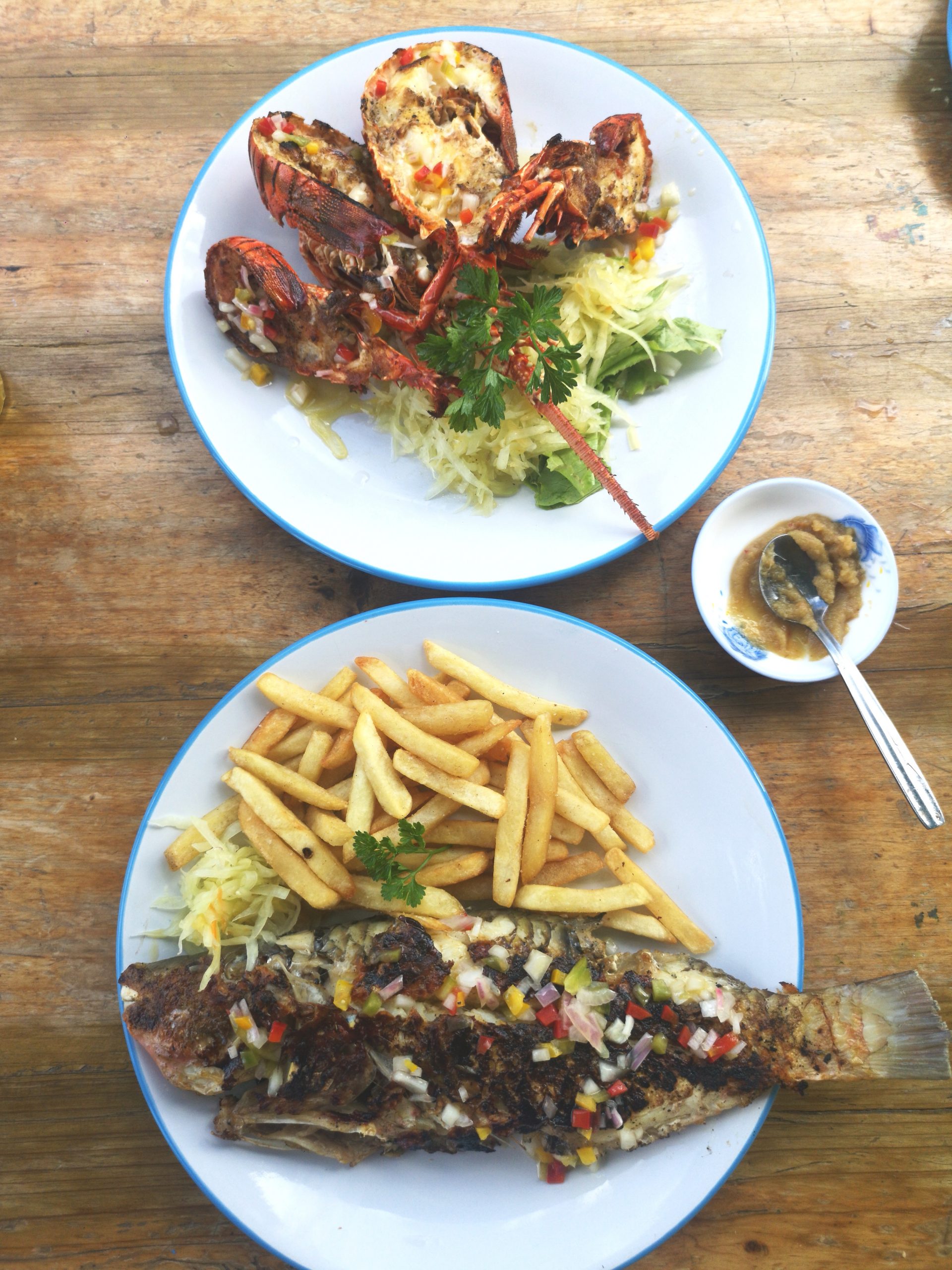 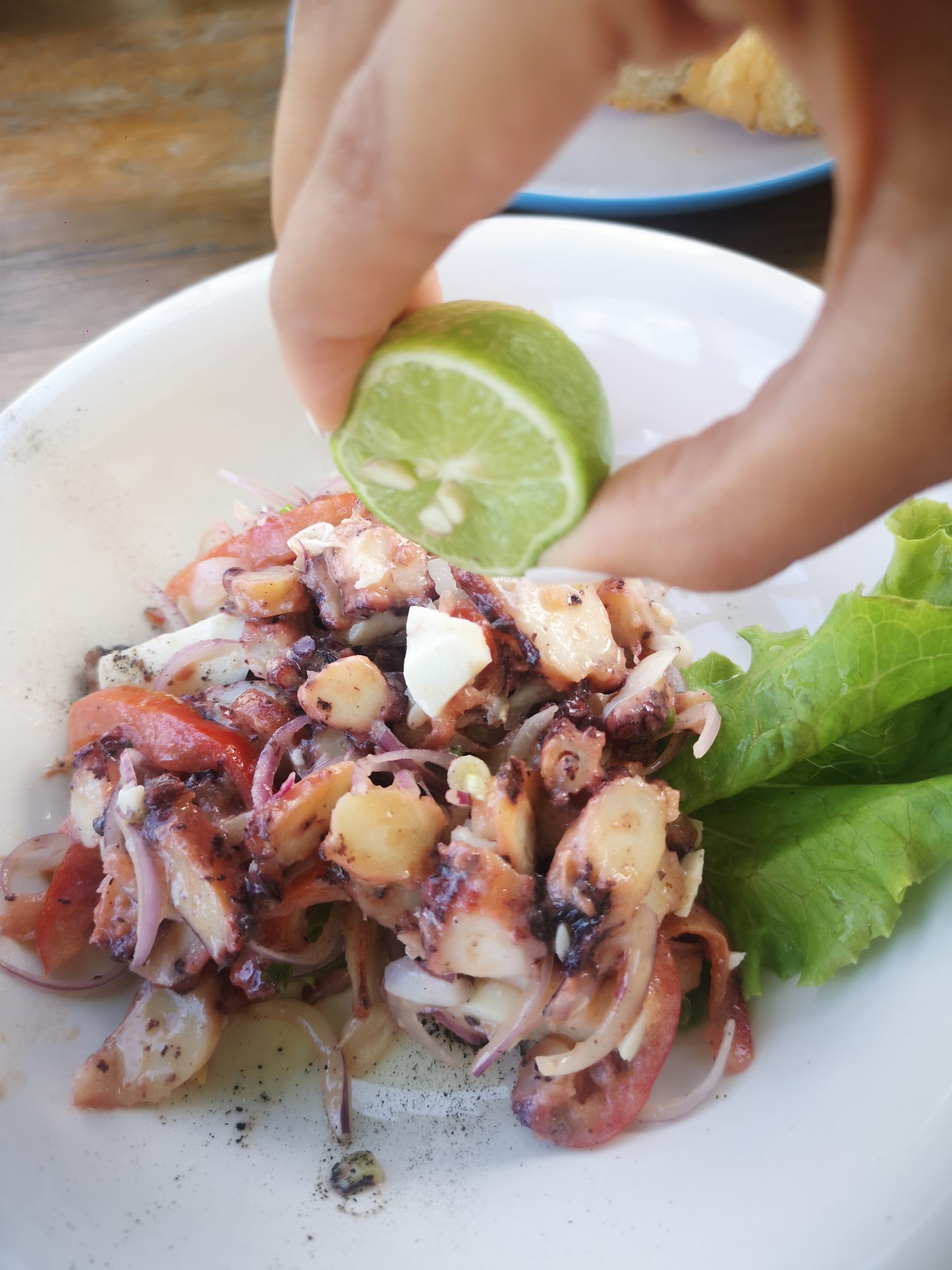 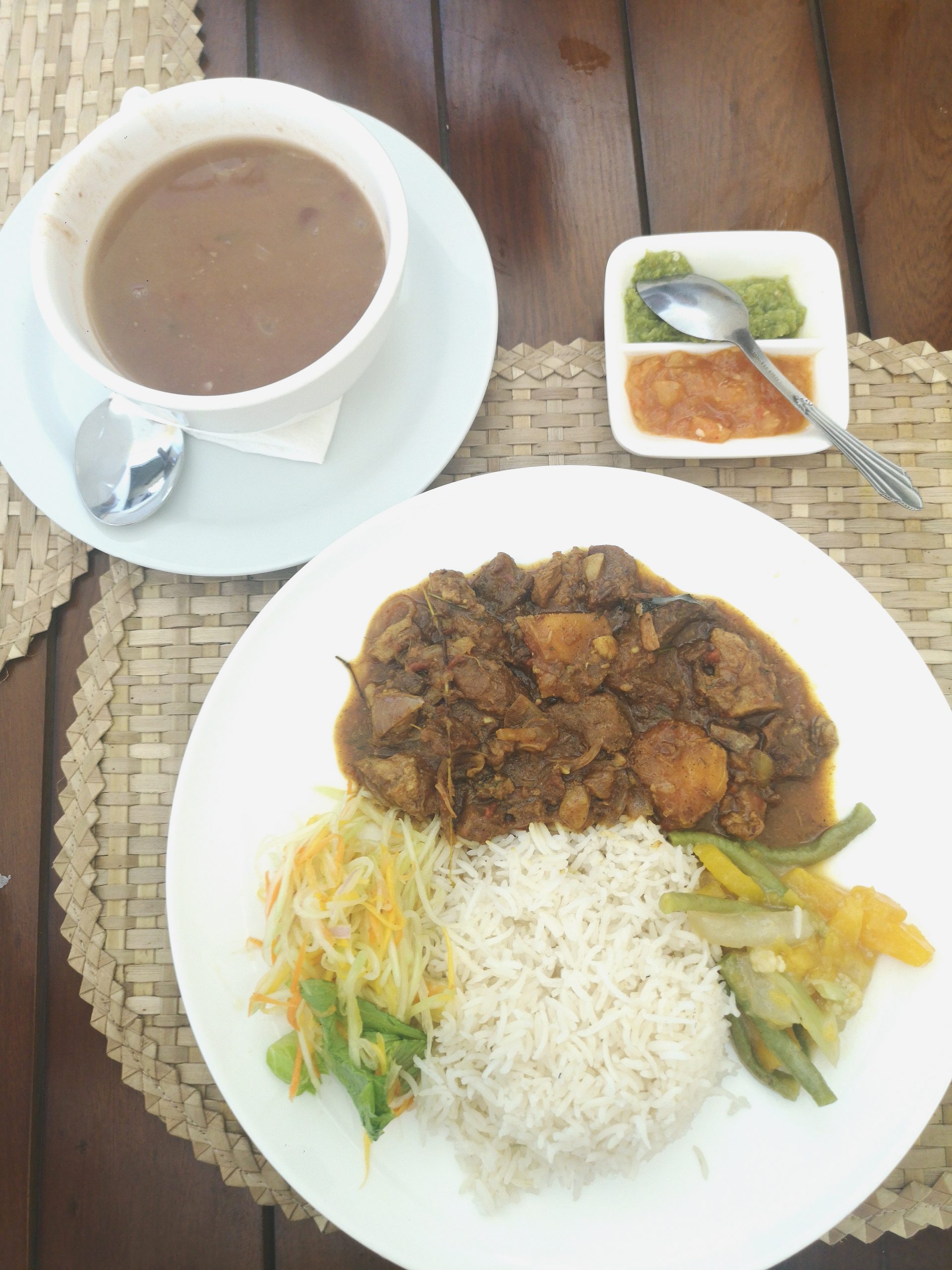