Vienna, the Capital of Arts

It is my fourth visit to Austria, Vienna most of the time and it is just right that I share what I like about this beautiful city with you. Vienna is definitely a city to visit if you already in Europe. It is the capital and the largest city of Austria. Known for its importance in the world of art, classical music, museums, theatres, imperial palaces and opera. Be ready to absorb a huge amount of knowledge.

Christmas is my favourite holiday in the calendar for many reasons; people are happy, it is a celebration that brings everyone together, old and young generations sharing a meal, telling stories, exchanging gifts and creating memories. But also the Christmas markets.

Starting from the middle of November until Christmas, Vienna’s prettiest squares transform into magical Christmas markets. The smell of Christmas cookies, mulled wine (Glüwein) and roasted almonds hang in the air. The old city and the shopping streets are decorated with festive lights, gospel choirs and music groups are present as well. There is a decorated arch gateway at every entrance of a Christmas market with numerous booths which sell handcrafts, original gift ideas, Christmas tree decorations, Christmas cookies and sweets, mulled wine and other hot drinks, pancakes and waffles, “Suppe im Brottopf” which is basically hot soup served in bread. All in a magical atmosphere for kids as well as for big ones, none can be insensitive to this fairytale mood.

There are about fifteen Christmas market venues in Vienna, but the ones I have been to are: Rathausplatz – the biggest Christmas village with about 150 booths, offers a lot of attractions: a tree of hearts for couples and a 3,000 m2 ice rink to skate on. Then I have also been to Schönbrunn Palace, the Christmas village on Maria-Theresien Platz and at Prater, a huge amusement park with some warm food and drinks booths as well. 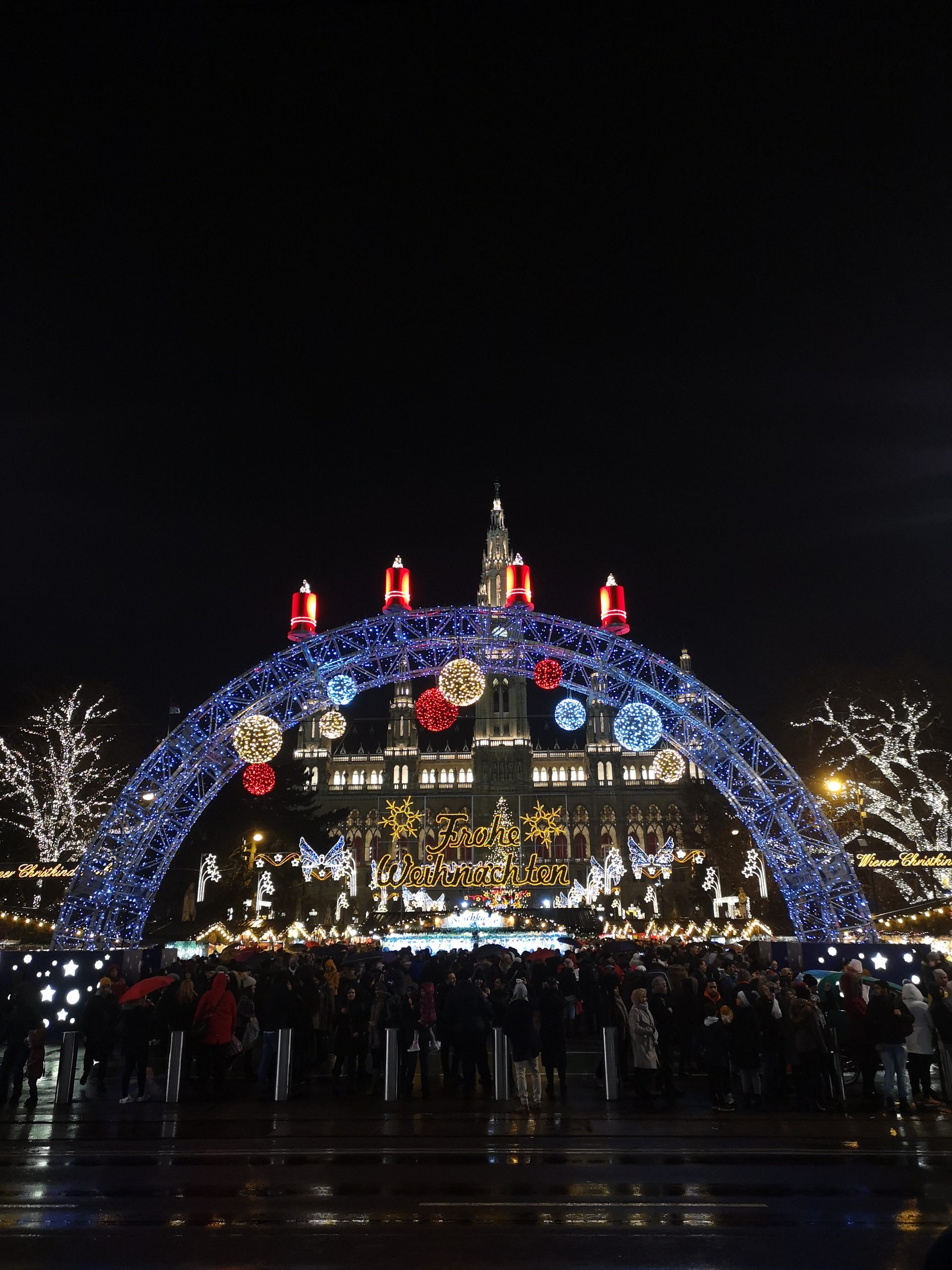 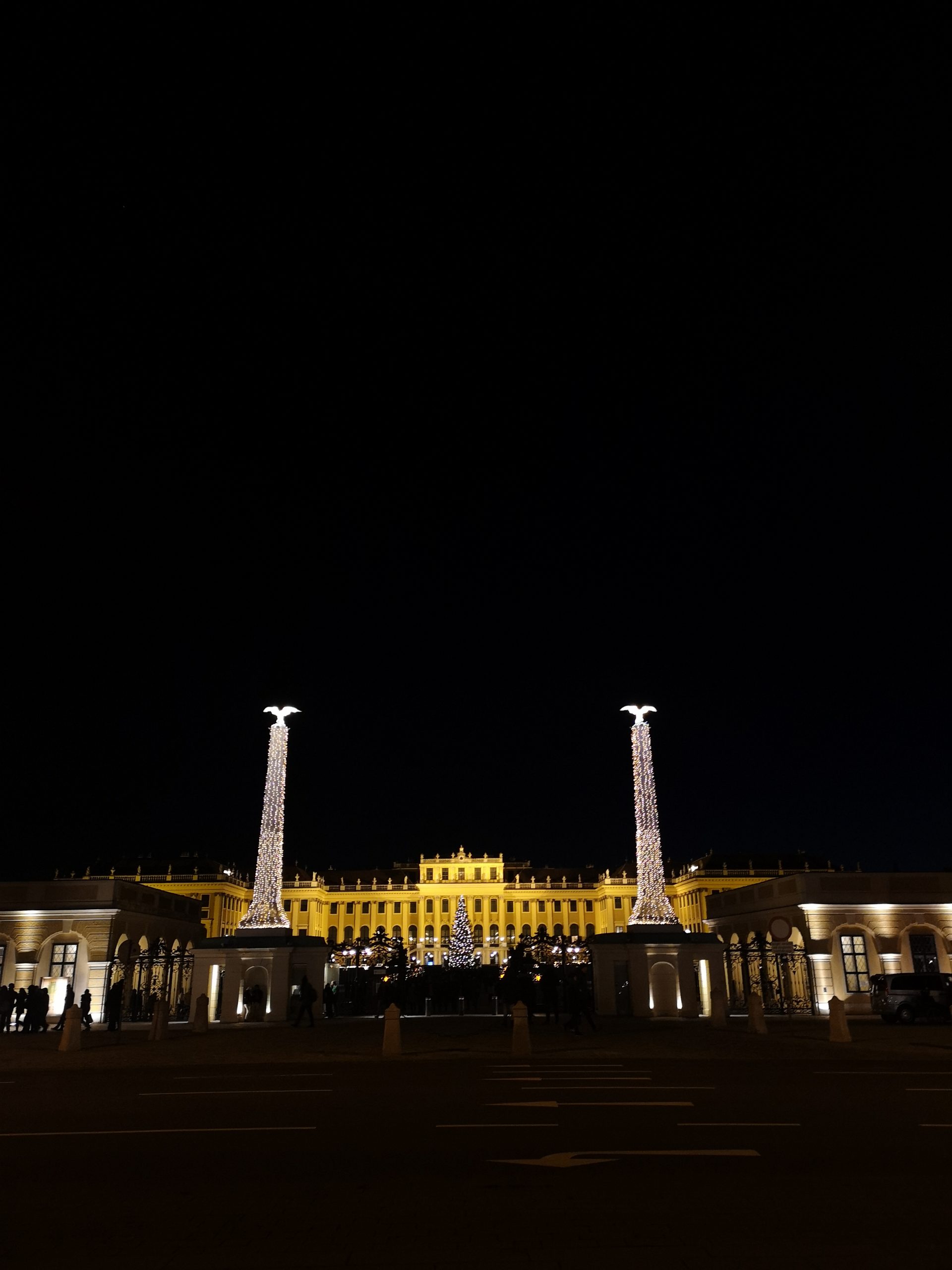 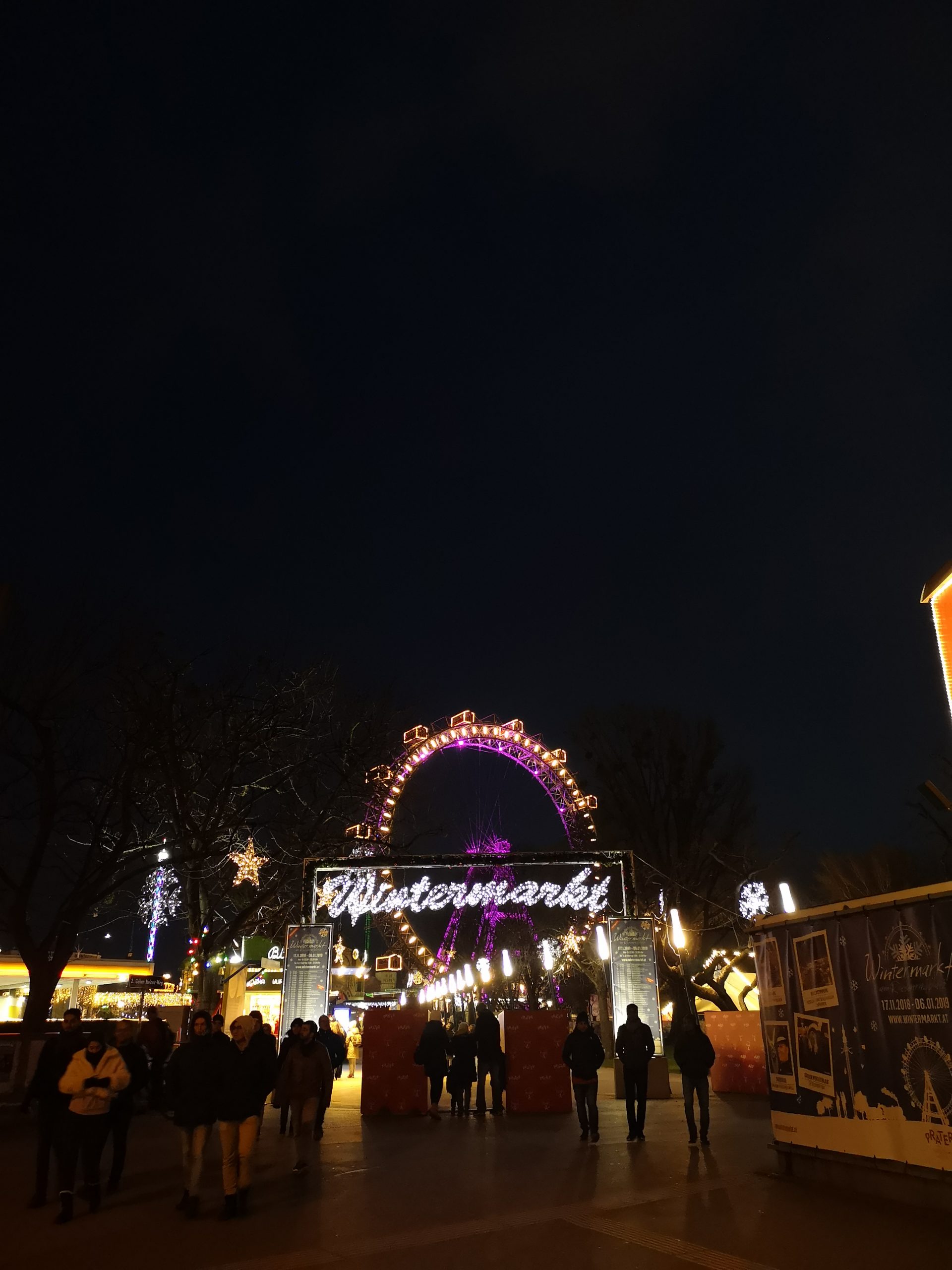 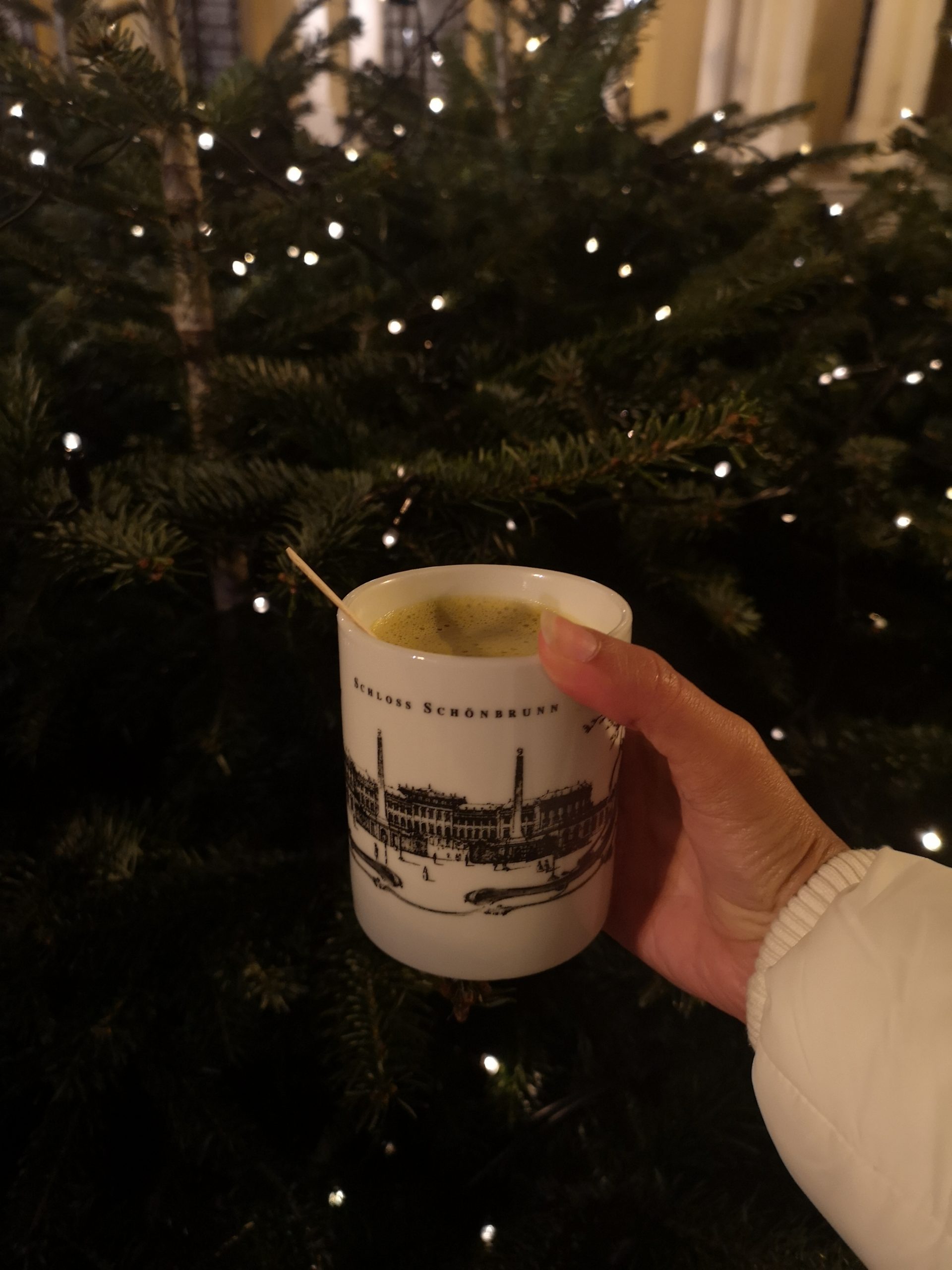 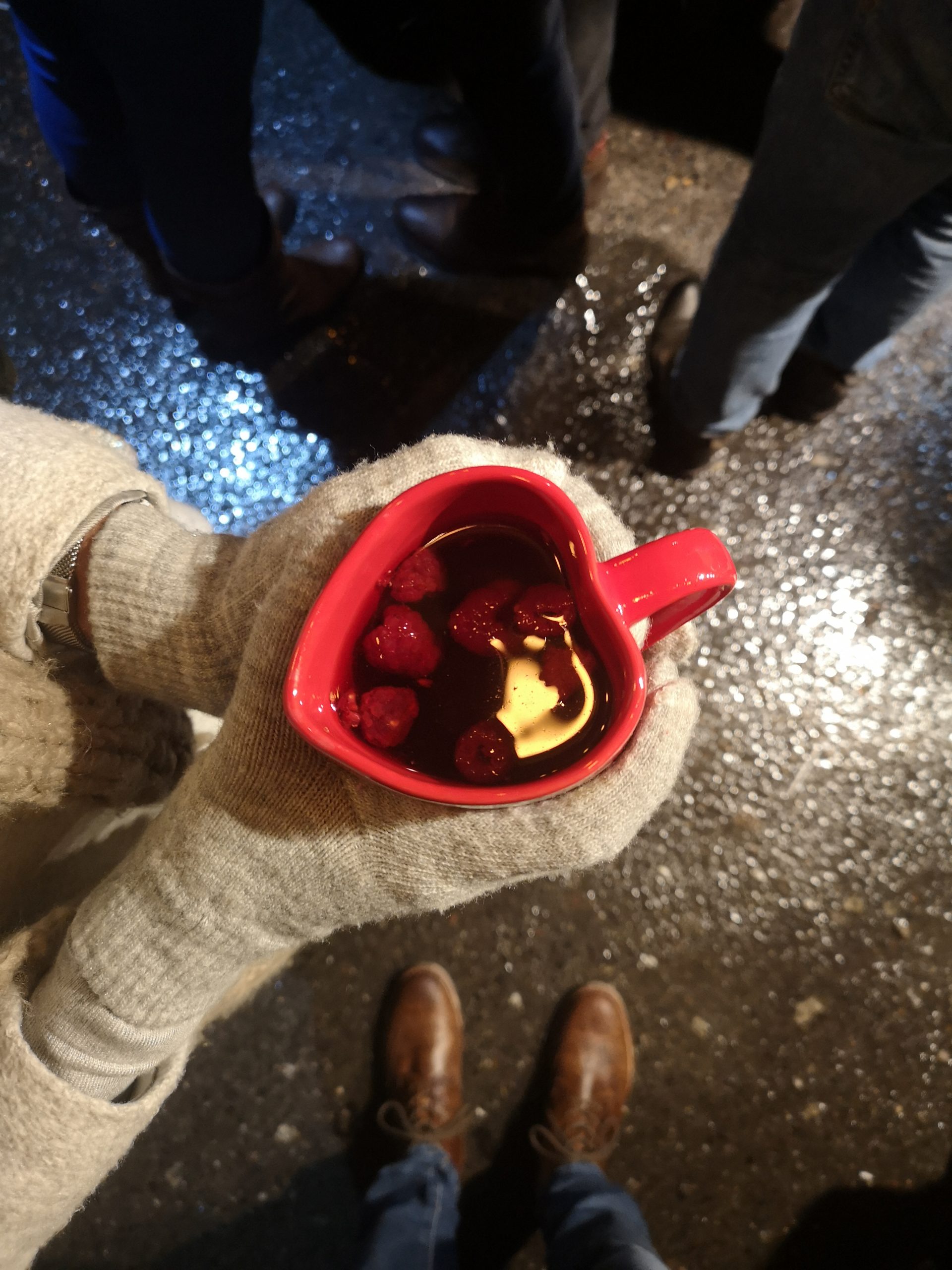 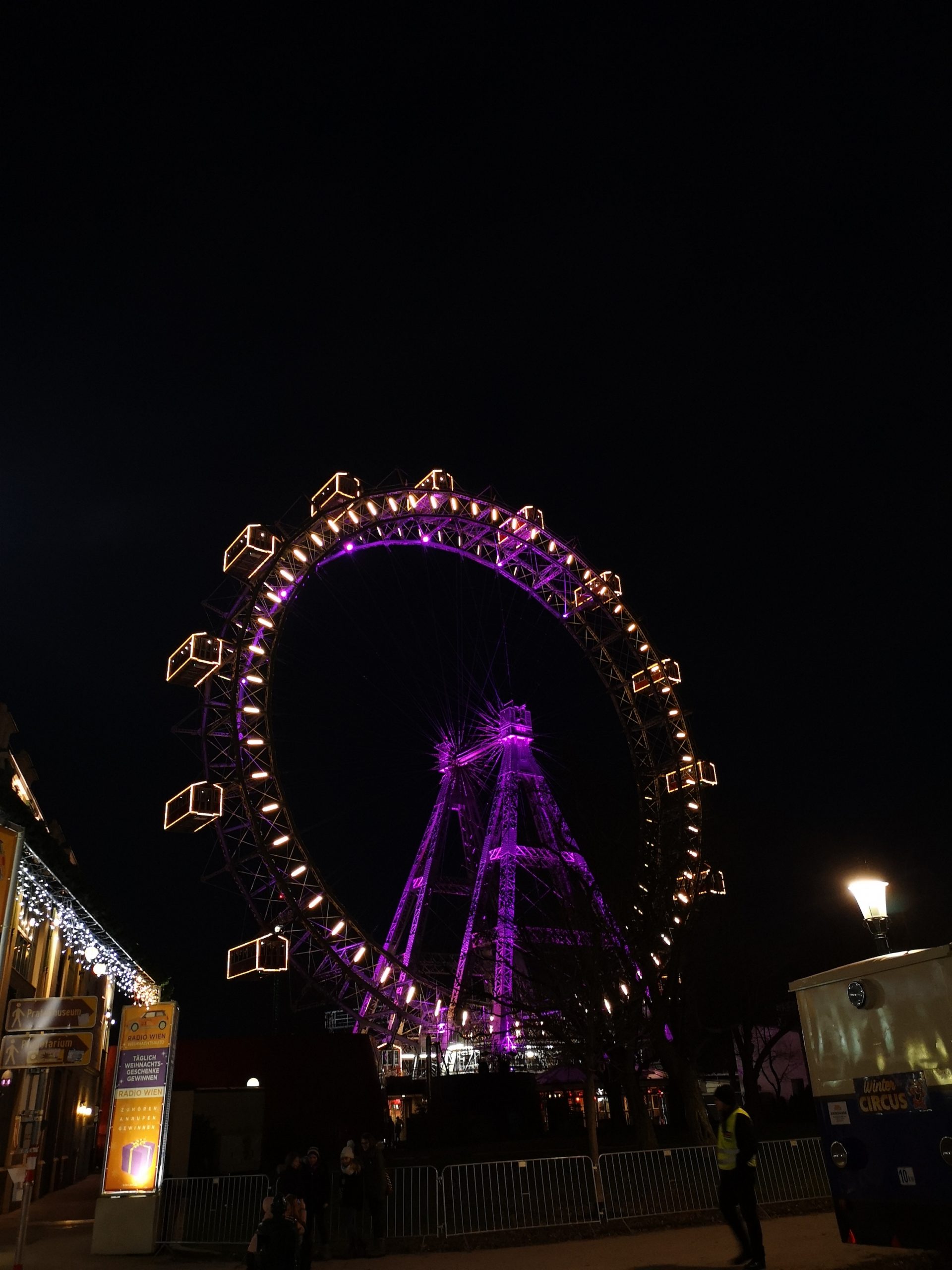 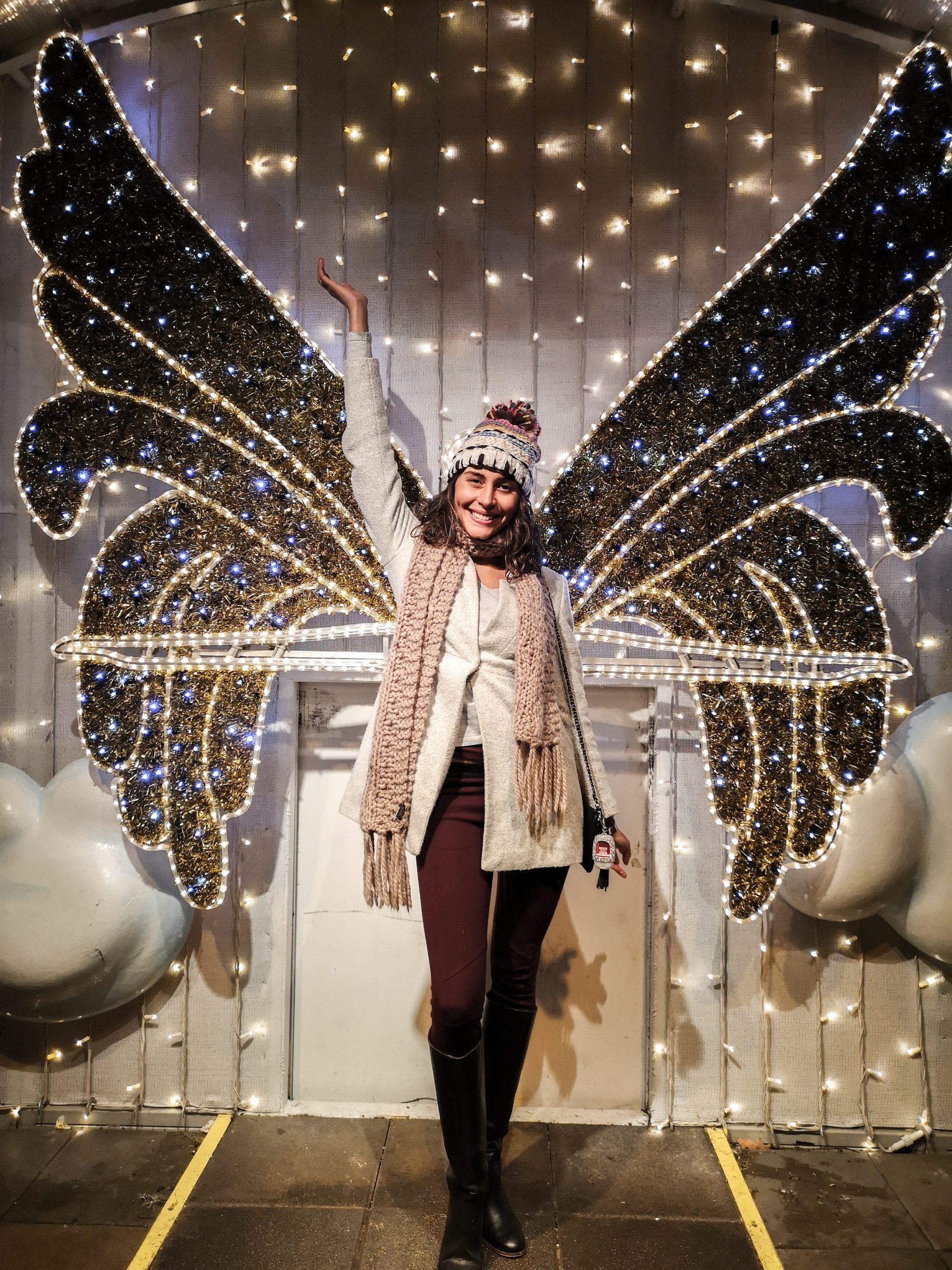 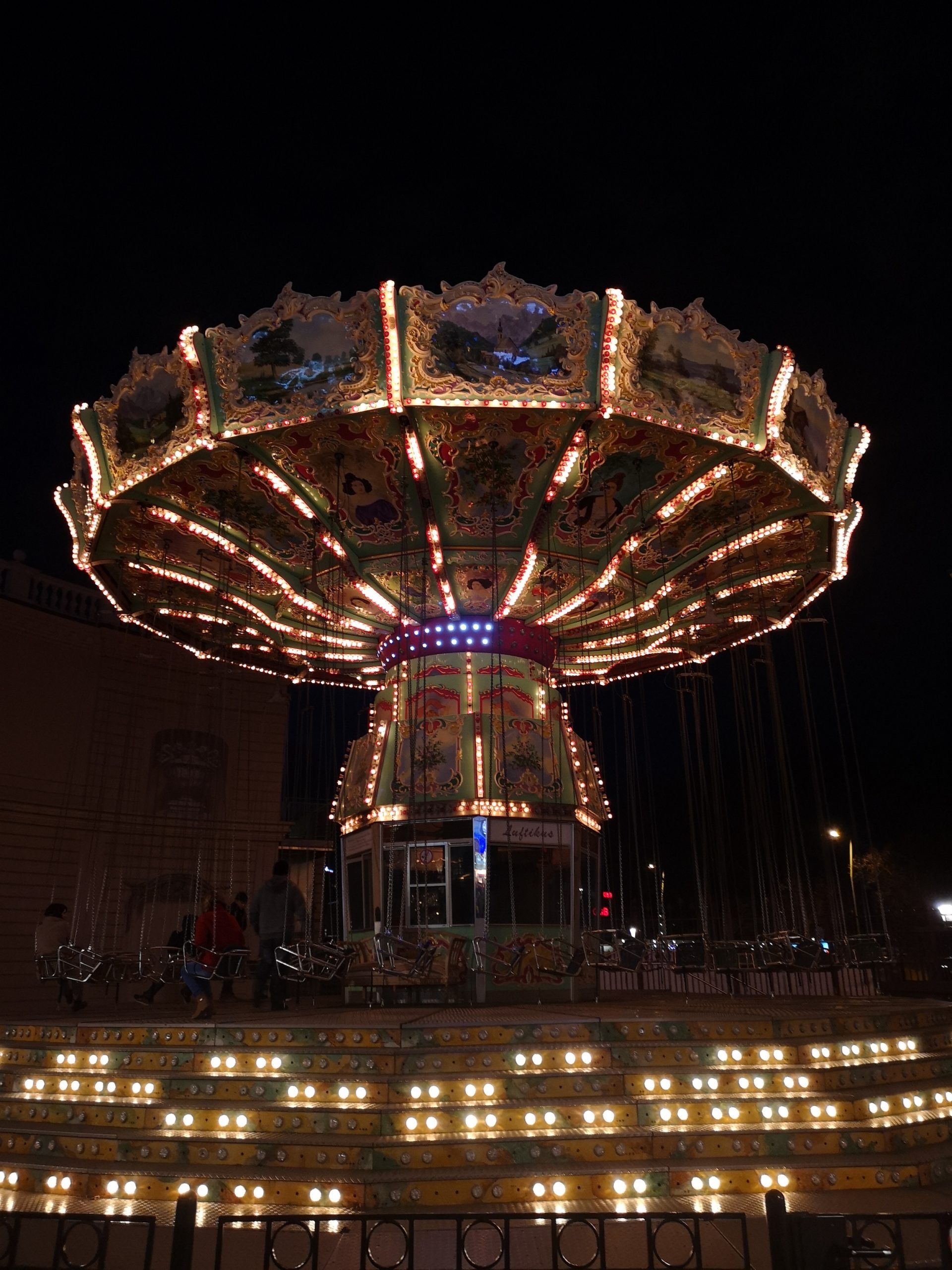 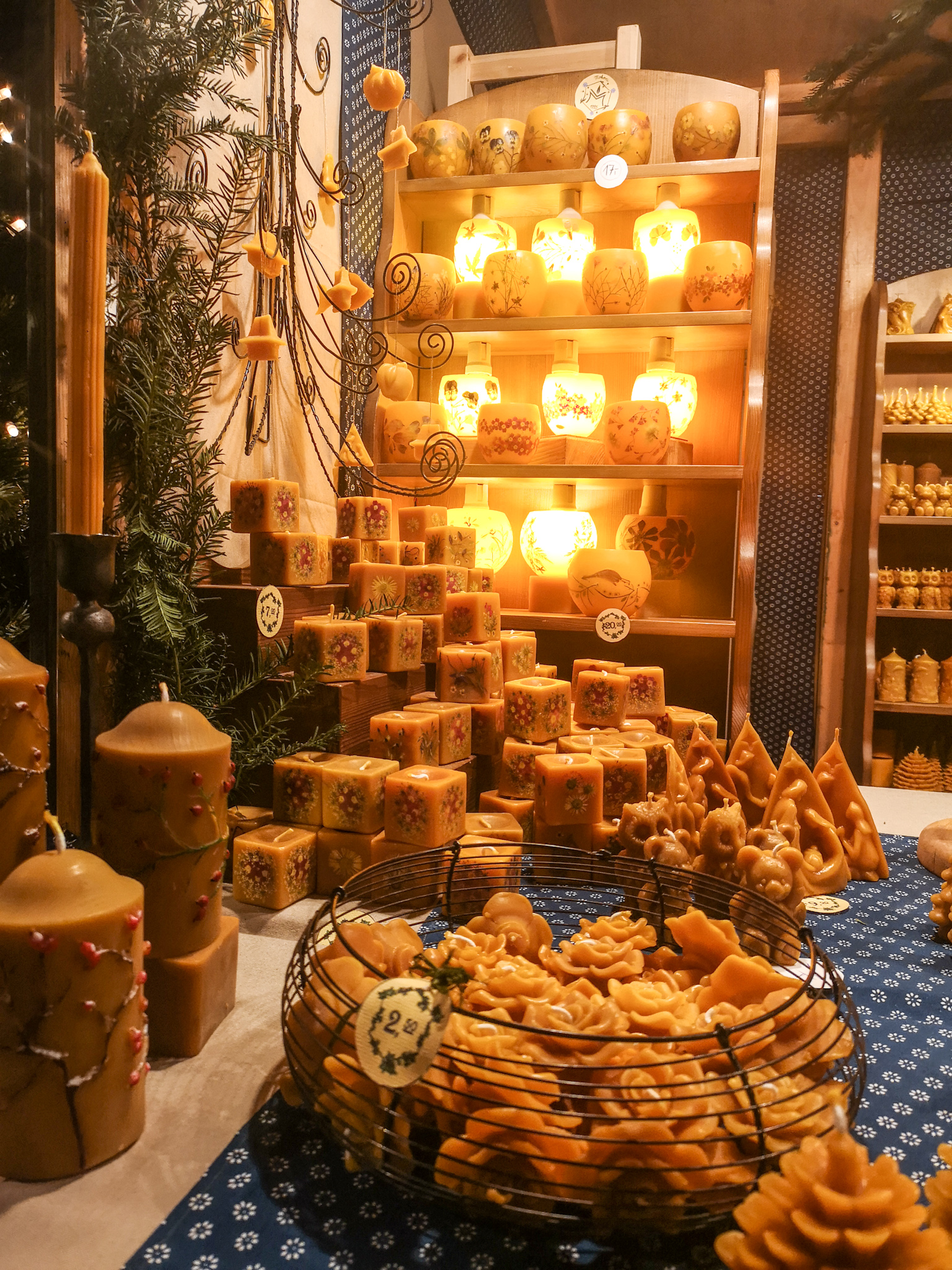 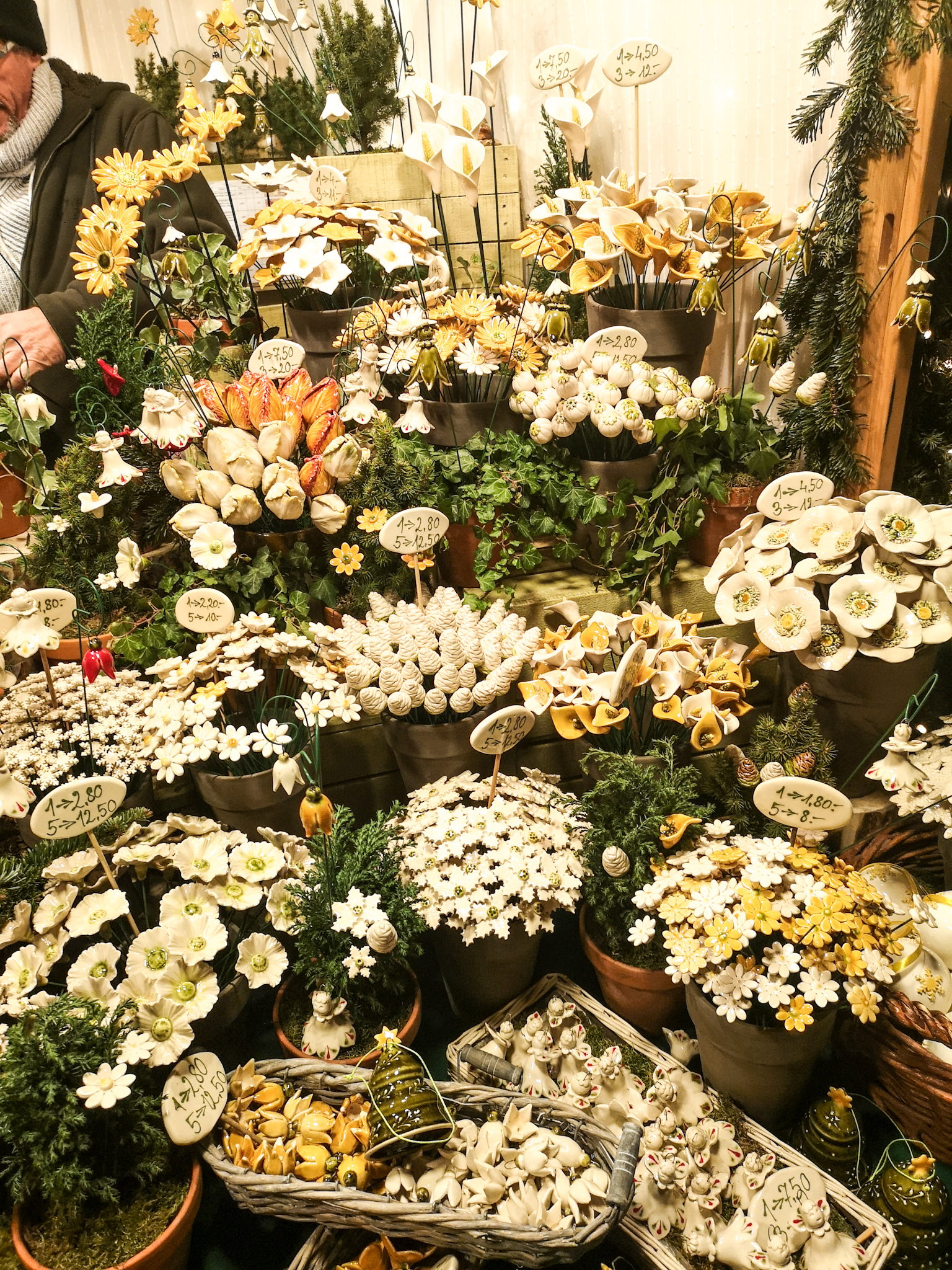 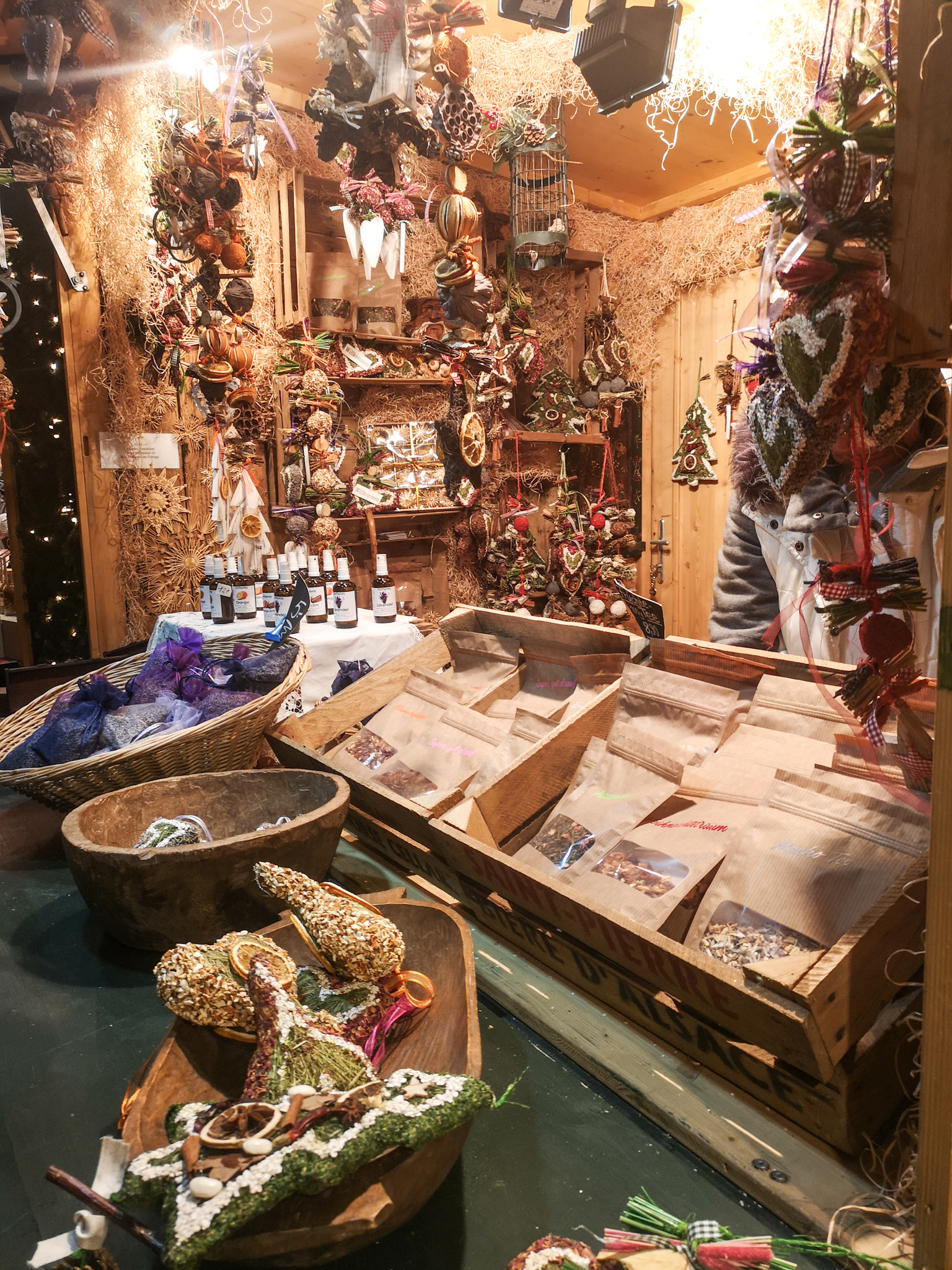 The city of Vienna is popular for many reasons, mainly for these cultural and art landmarks:

There are two splendid palaces on the Belvedere grounds that lie in the middle of a wonderful park of Vienna’s third district. A famous architect, J.L. von Hildebrandt, constructed them for the Prince of Savoy. The palaces architecture and interior design are typical Rococo style. The Belvedere two palaces house museums which feature Austrian paintings. In the lower palace, the “Österreichiches Barockmuseum” (Austrian Museum of Baroque Art) displays Austrian Art of the 18th century. In the upper palace, you can visit the Austrian gallery with a collection of the 19th and 20th century of Austrian paintings of artists such as Gustav Klimt (1867-1918), Egon Schiele (1890-1918) or Oskar Kokoschka (1886-1980).

The Belvedere 21 is another building on the Belvedere grounds which is a gallery for contemporary art. In a unique postwar modernist building by Karl Schwanzer, exhibitions showcase Austrian and international art from the 1960s to the present. 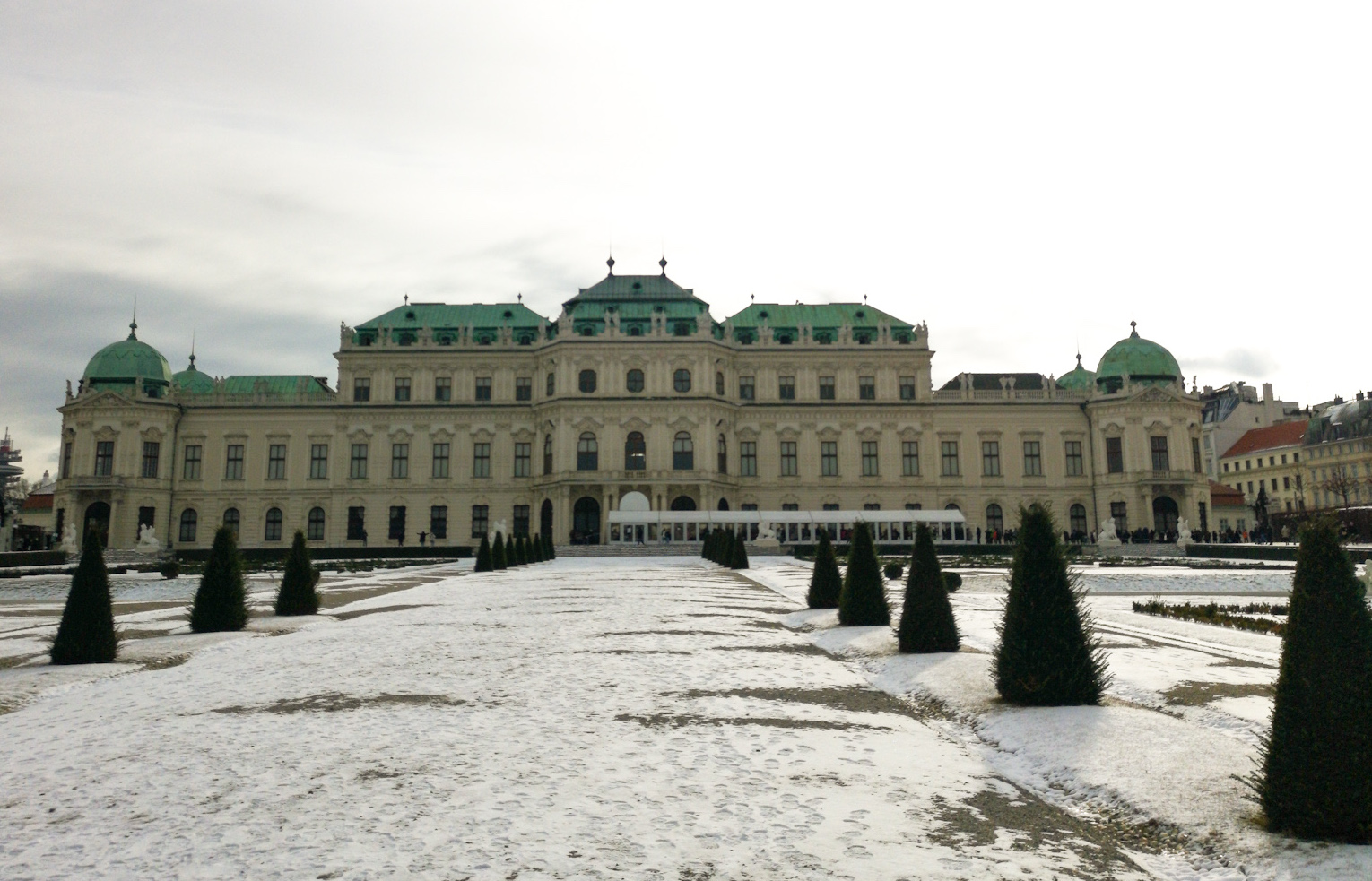 Undeniably one of Austria’s most significant cultural monuments and most visited, the Schönbrunn Palace with it’s surrounding buildings, the huge park and the Schönbrunn Zoo is a must to see. The entire complex was added to the UNESCO’s world cultural heritage list.

The castle was built to rival French Versailles in Baroque beauty and importance but the house Habsburg lacked funds to outdo its rivalling nation France. In earlier times it served as summer residence to various Habsburg rulers.

When you go on a tour of the residence itself you can admire the magnificent apartments of Maria Theresia, her sitting rooms, bedroom and the parlour in which the six-year-old Mozart used to play for the Empress, as well as the parlours and apartments of Imperial couple Franz Joseph and Sisi. After about doing almost 40 rooms, note that you have seen less than 3% of the 1441 rooms of the residence. 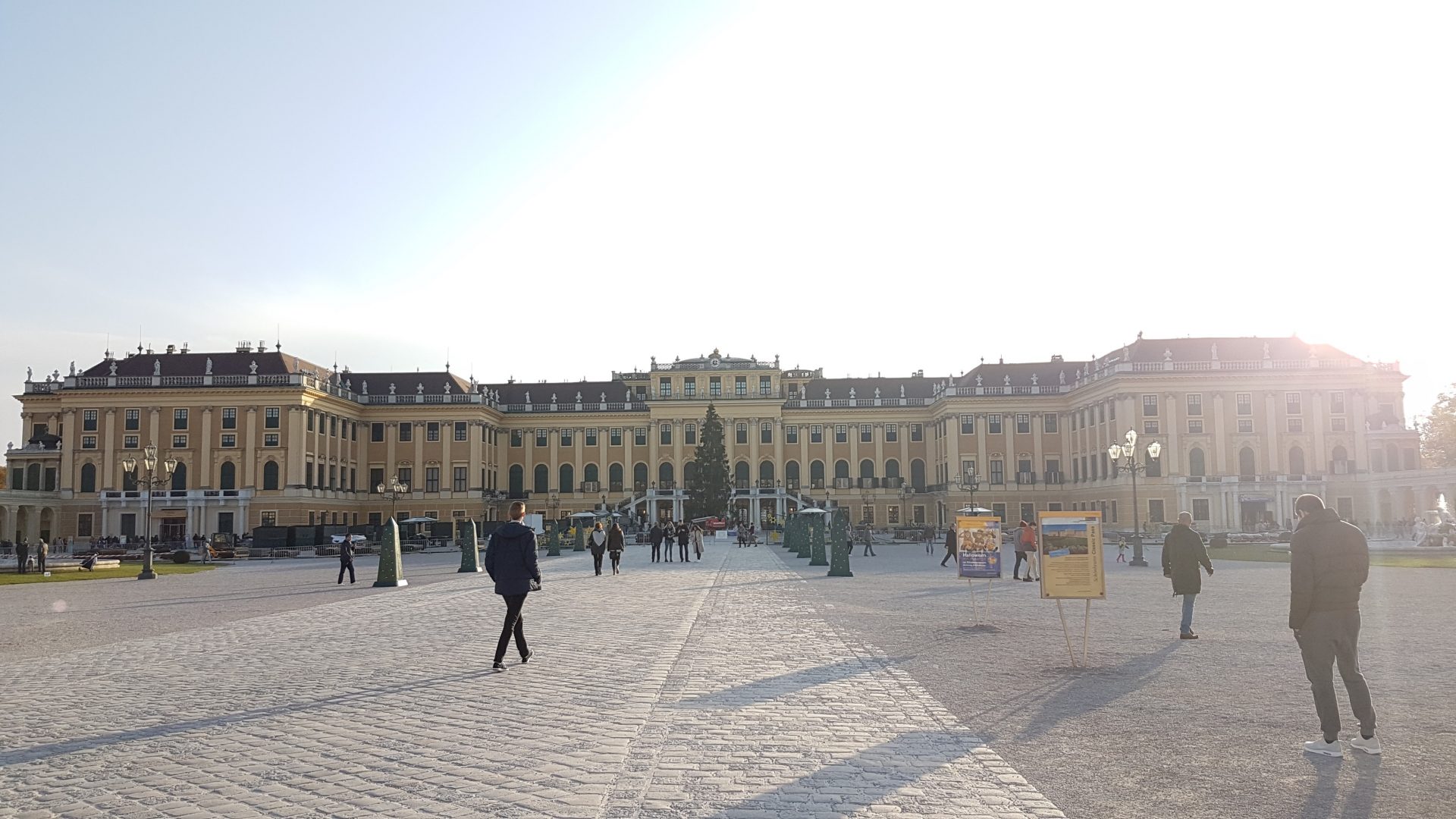 The Vienna Opera House is located in the first district of Vienna. August von Sicardsburg and Edouard van der Nüll built the State Opera House from 1861 to 1869.

Furthermore, it has a worldwide reputation for its first-class opera performances and is also known for the Vienna Philharmonic orchestra. A night at the State Opera is one of the most impressive events any visitor to Vienna can experience.

The building itself looks a lot like the Italian Renaissance, and back in time, it was immensely important for art and music. It is adorned with a precious cycle representing the Mozart’s “Magical Flute” and other famous operas accomplished by painter Moritz von Schwind. Numerous statues and figurative embellishments at the inside and outside of Vienna opera underline the festive character of the house.

The Natural History Museum of Vienna is one of the most important natural history museums worldwide and provides a home for more than 30 million objects, art and science under one roof. It comprises of 39 exhibition halls showcasing minerals and gems, fossils, extinct animal species, the largest and oldest meteorite displays in the world, fascinating shows on space and nature in the planetarium, giant dinosaurs, the origin and evolution of humans, traces of early forms of life, anthropology, biological diversity, prehistoric objects and so much more. 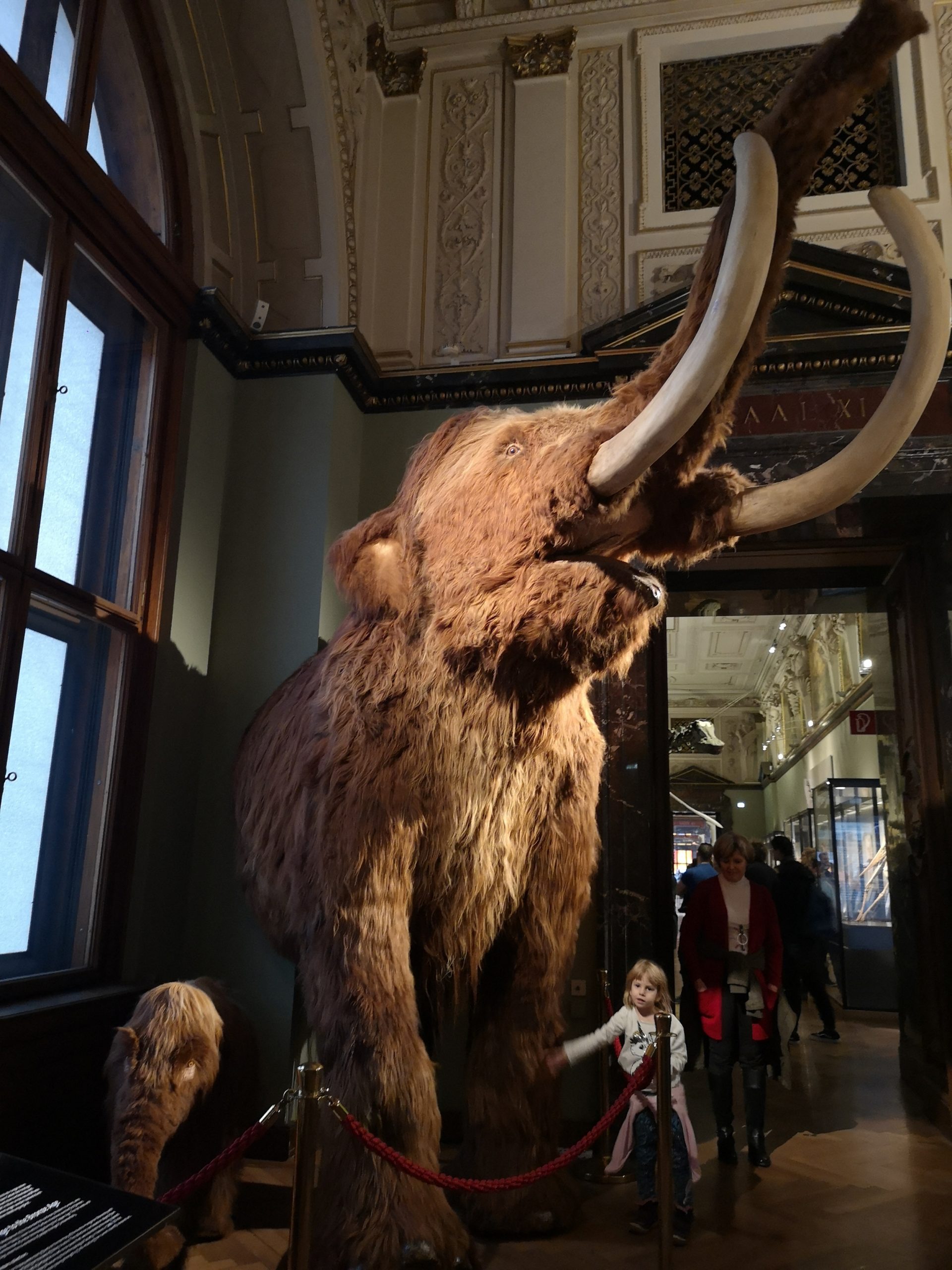 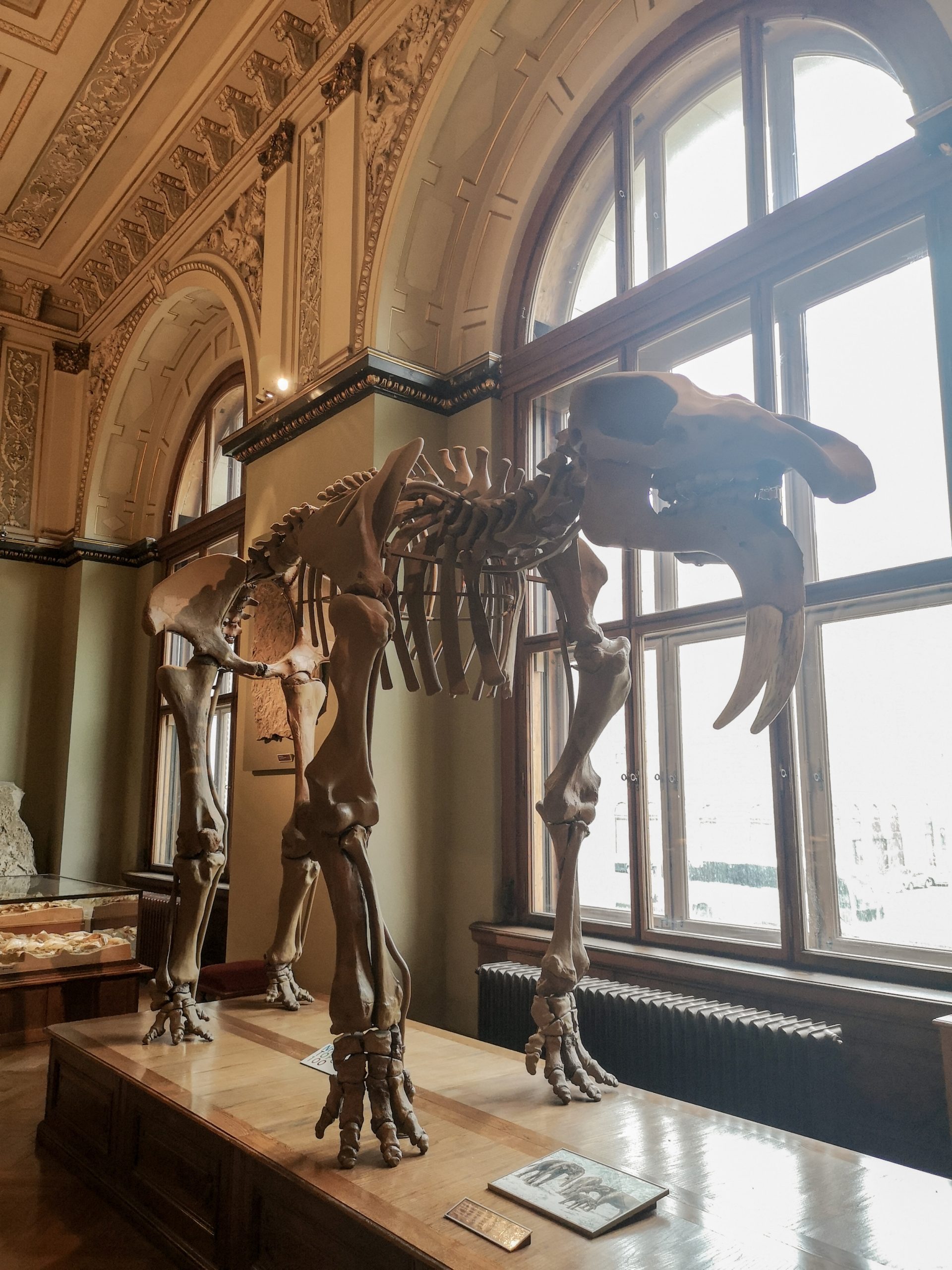 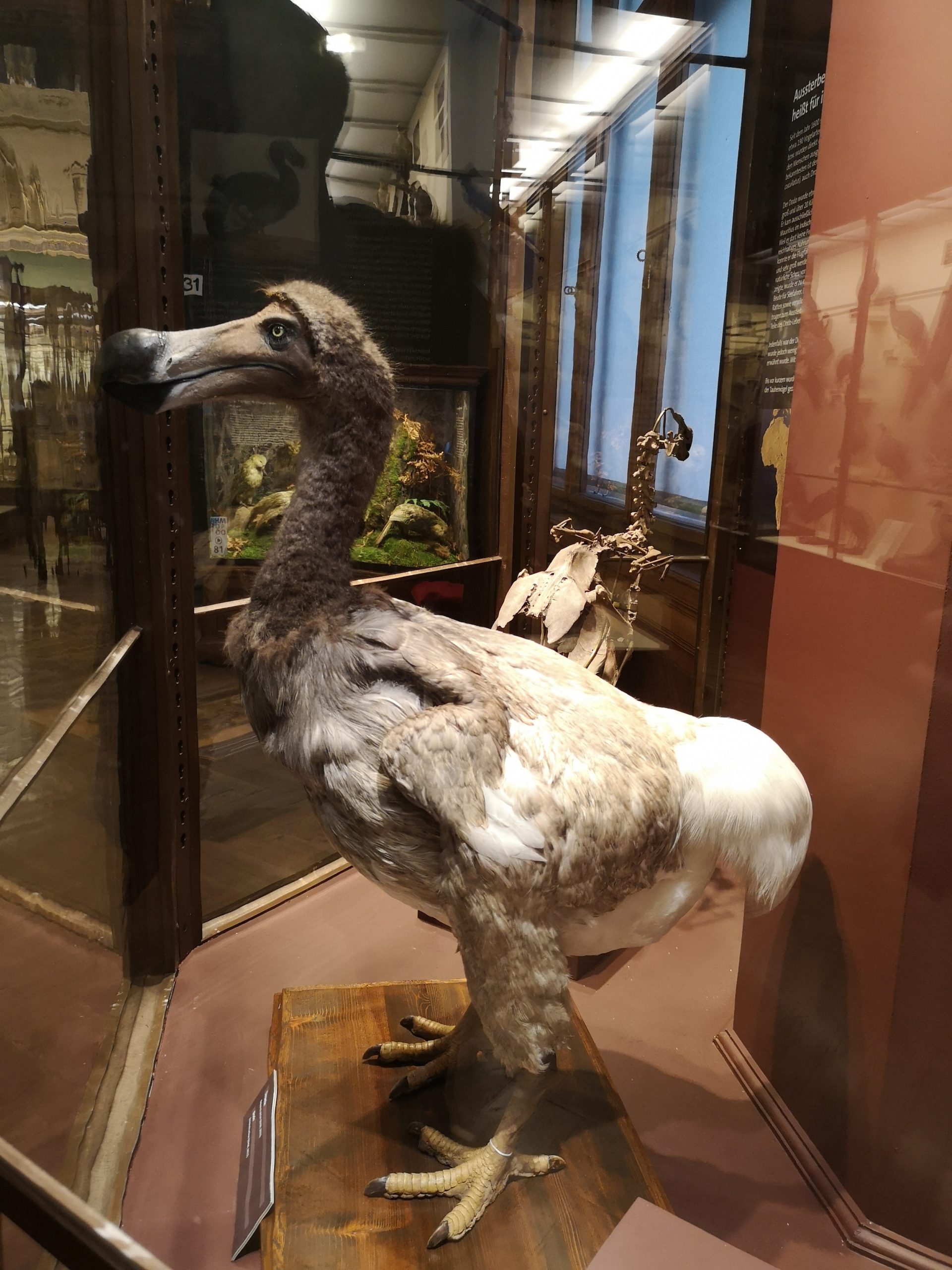 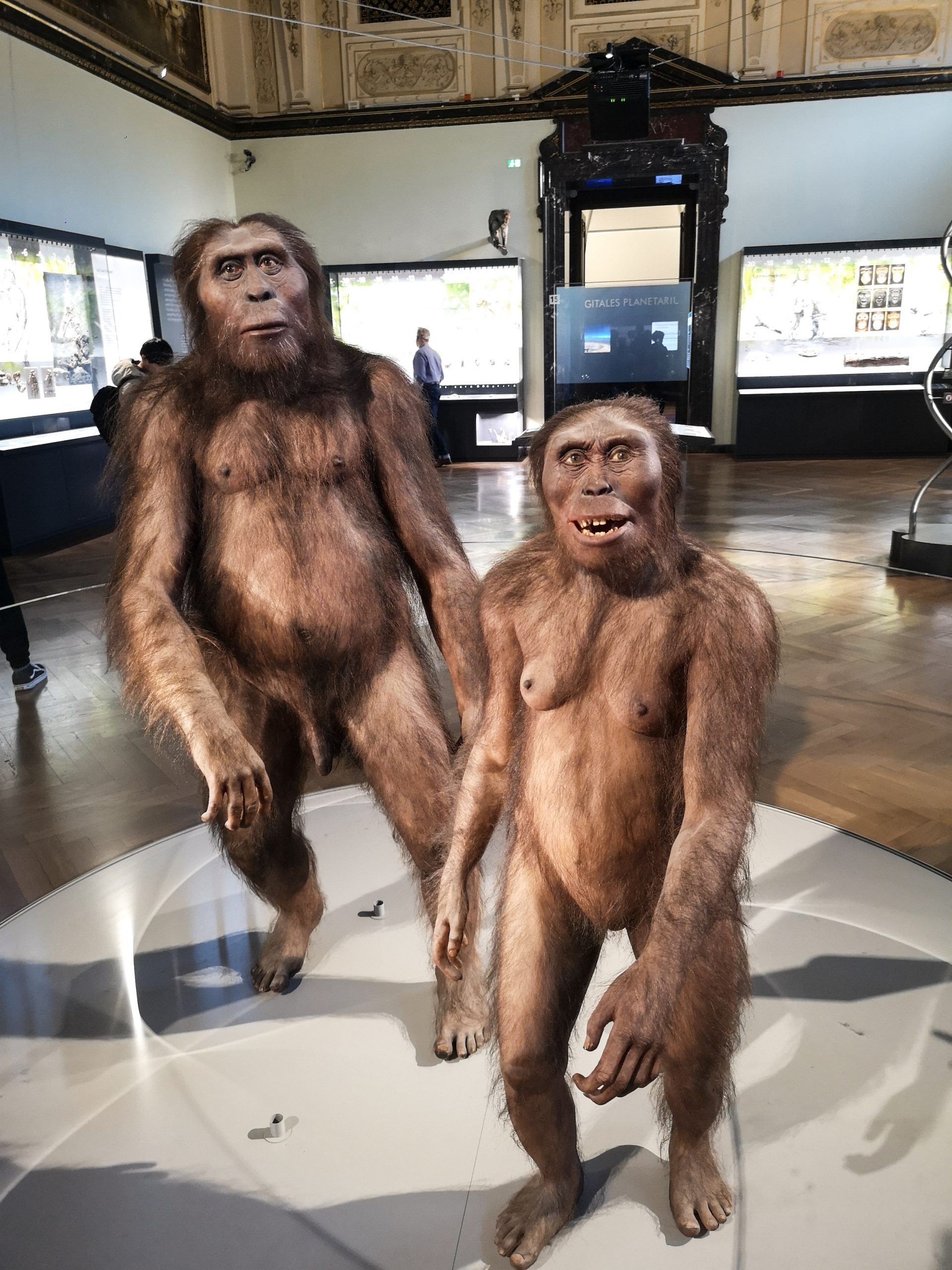 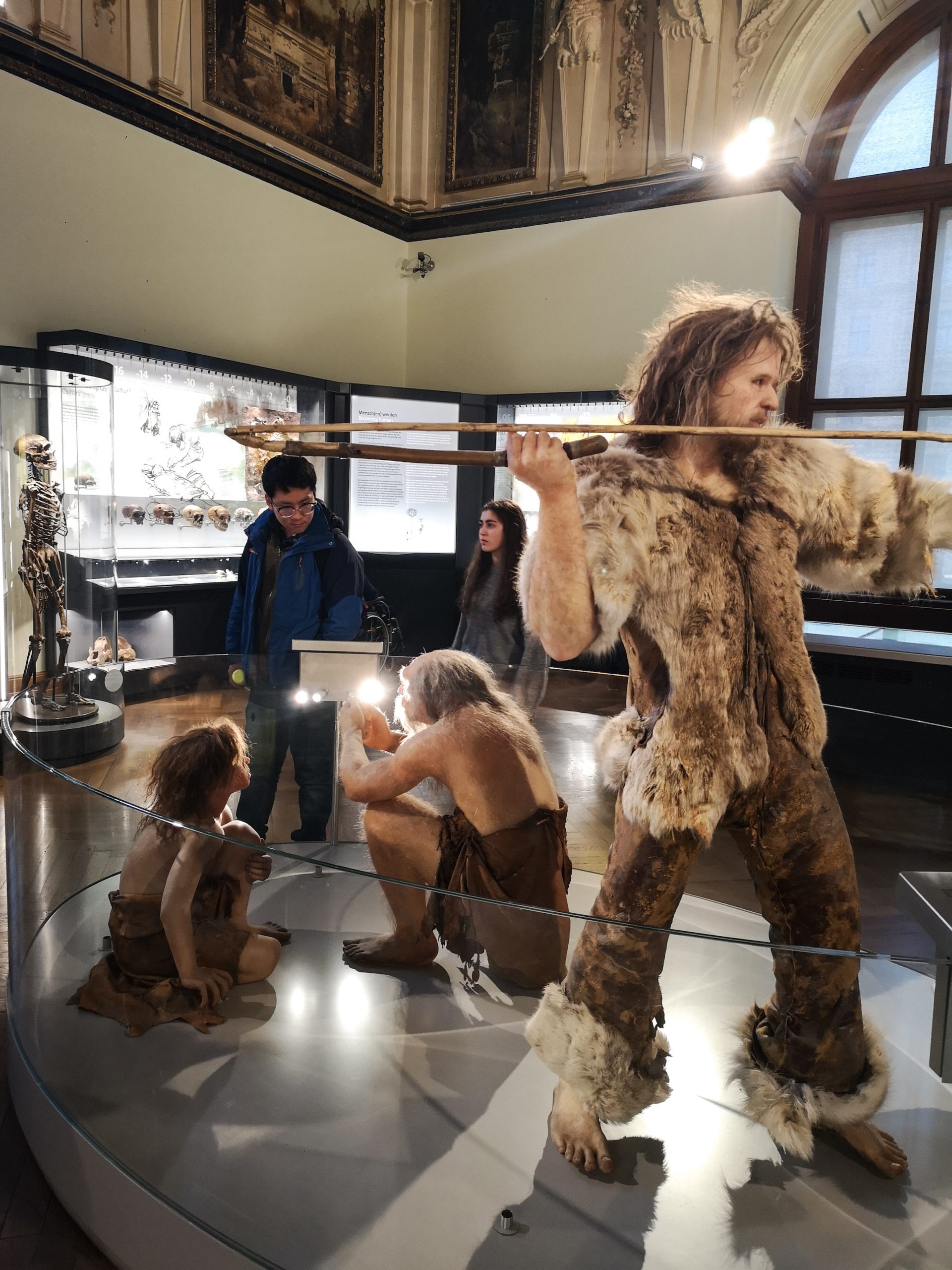 The Fine Arts Museum was build to shelter the Habsburg’s formidable art collection and to make it accessible to the general public. It has an impressive collection such as the Egyptian and Near Eastern Collection, Collection of Greek and Roman Antiquities, Vienna cabinet of curiosities, coin collection, the Library, picture gallery, and other collections like the Ephesos Museum, Imperial Armoury, a collection of historic musical instrument and the Imperial Treasury Vienna.

Visiting both the Natural History Museum and the Fine arts Museum, require a complete day each, there is so much to see. The two museums have similar exteriors and face each other across Maria- Theresien Platz. Both buildings were built between 1871 and 1891. 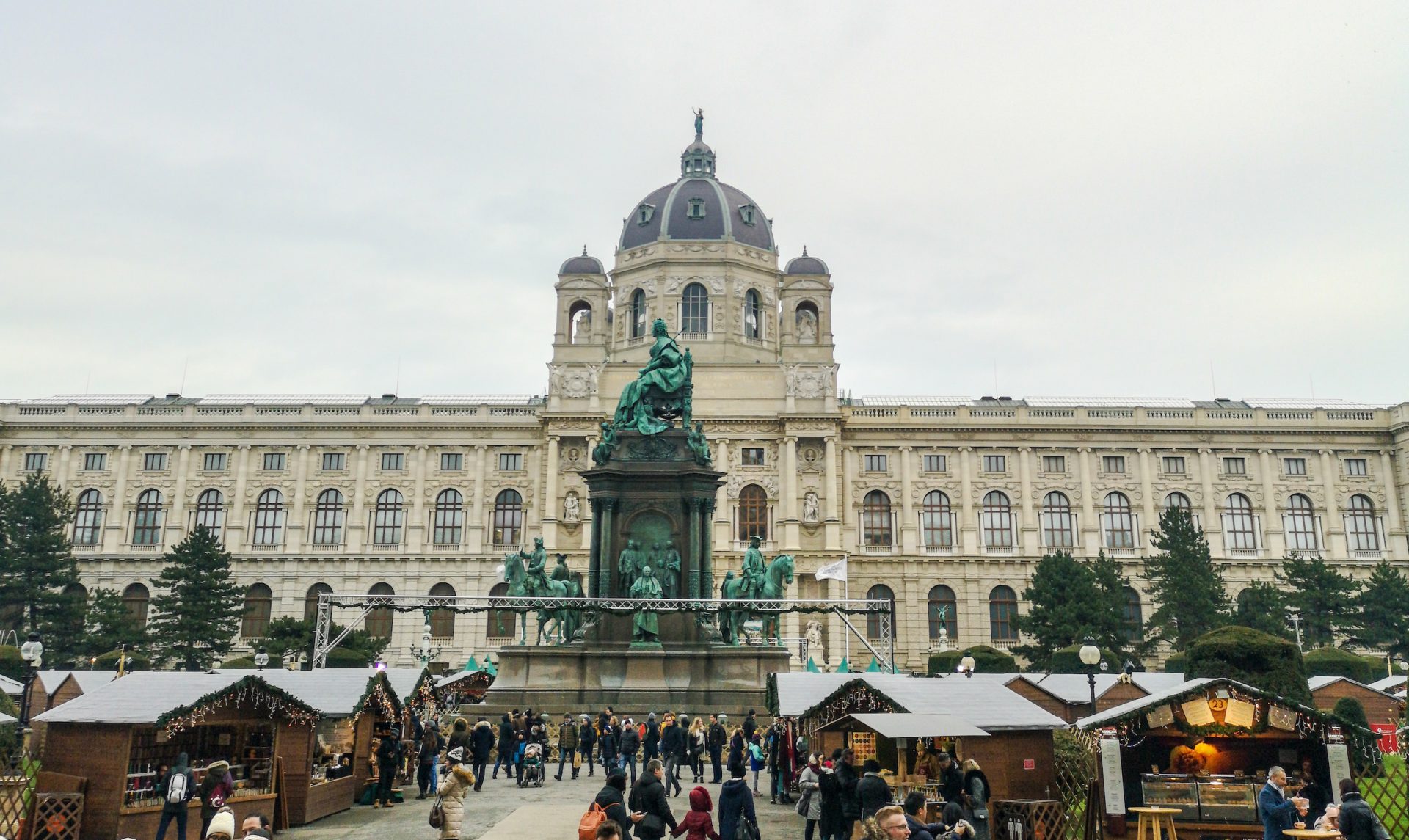 The Museumsquartier (MQ) is one of the ten largest cultural quarters in the world. It combines institutions of different art fields, restaurants, cafes and shops in an area of over 640,000 square feet. With a combination of baroque building and modern architecture, the Museumsqaurtier Wien is a place of art and creativity, featuring everything from dance performances, exhibition projects and film festival, to literary reading and at times even DJ line-ups.

The Museumsquartier during the summer is a leisurely place to hang out at nice cafes and restaurants and a huge meeting place to chat and relax. You will also find the Mumok museum and the Leopold Museum, one on each side. 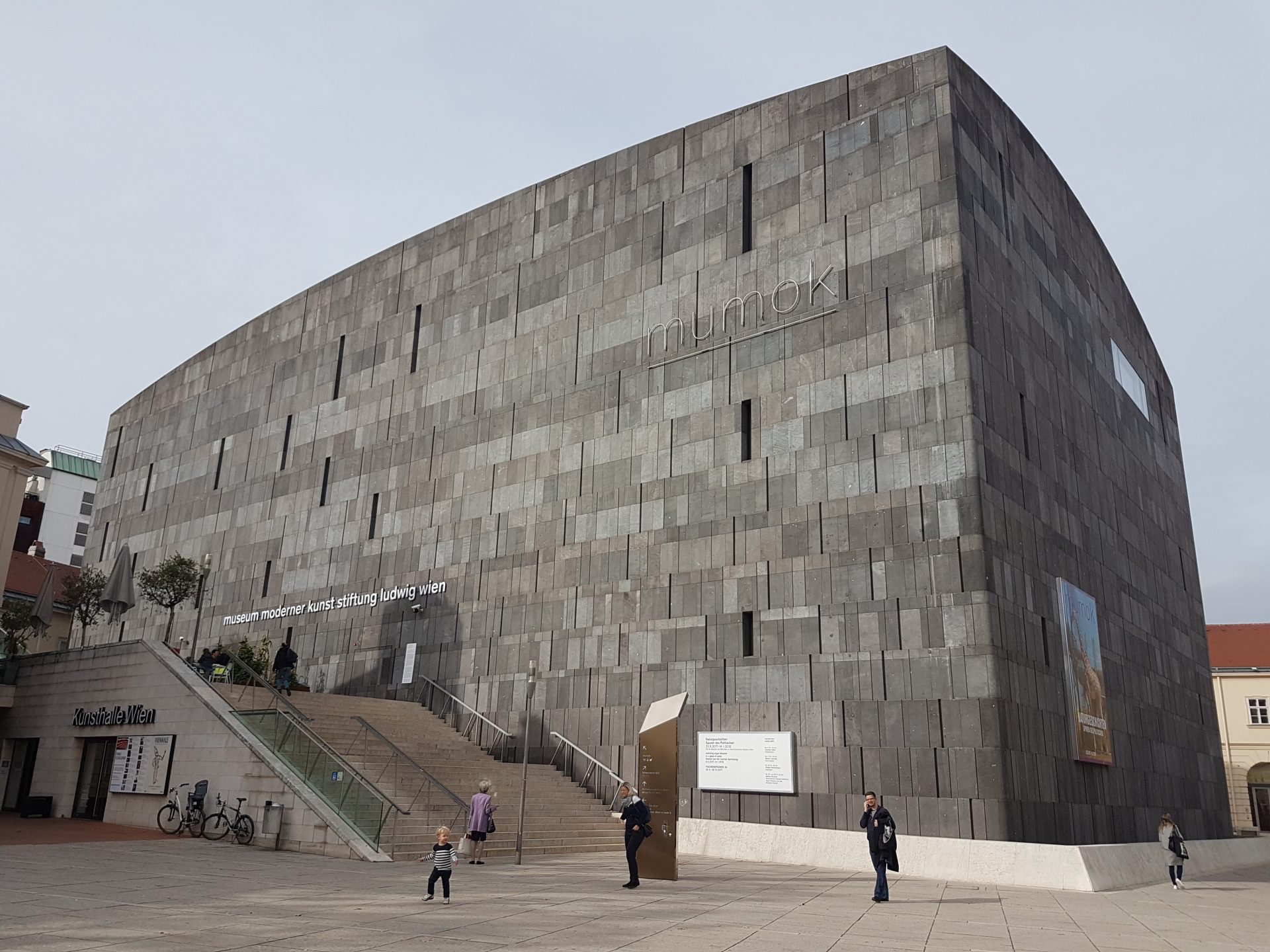 While visiting Vienna, make a detour to the St. Stephen’s Cathedral on Stephansplatz. It has been the heart of Vienna for centuries. The cathedral has two very impressive features: the gigantic roof and the tall lean tower of almost 137 meters high. Inside the Cathedral, you can also find many art treasures. 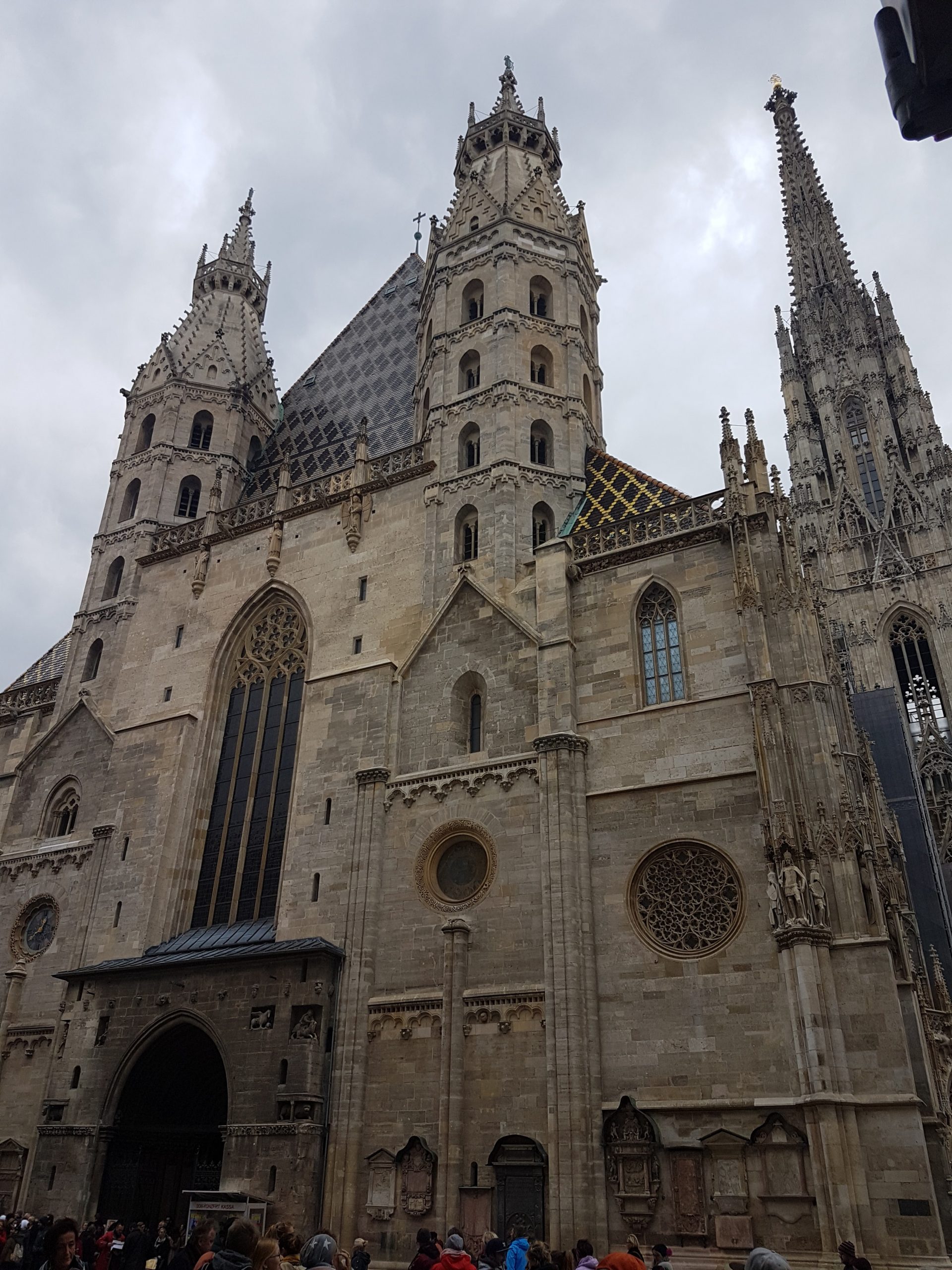 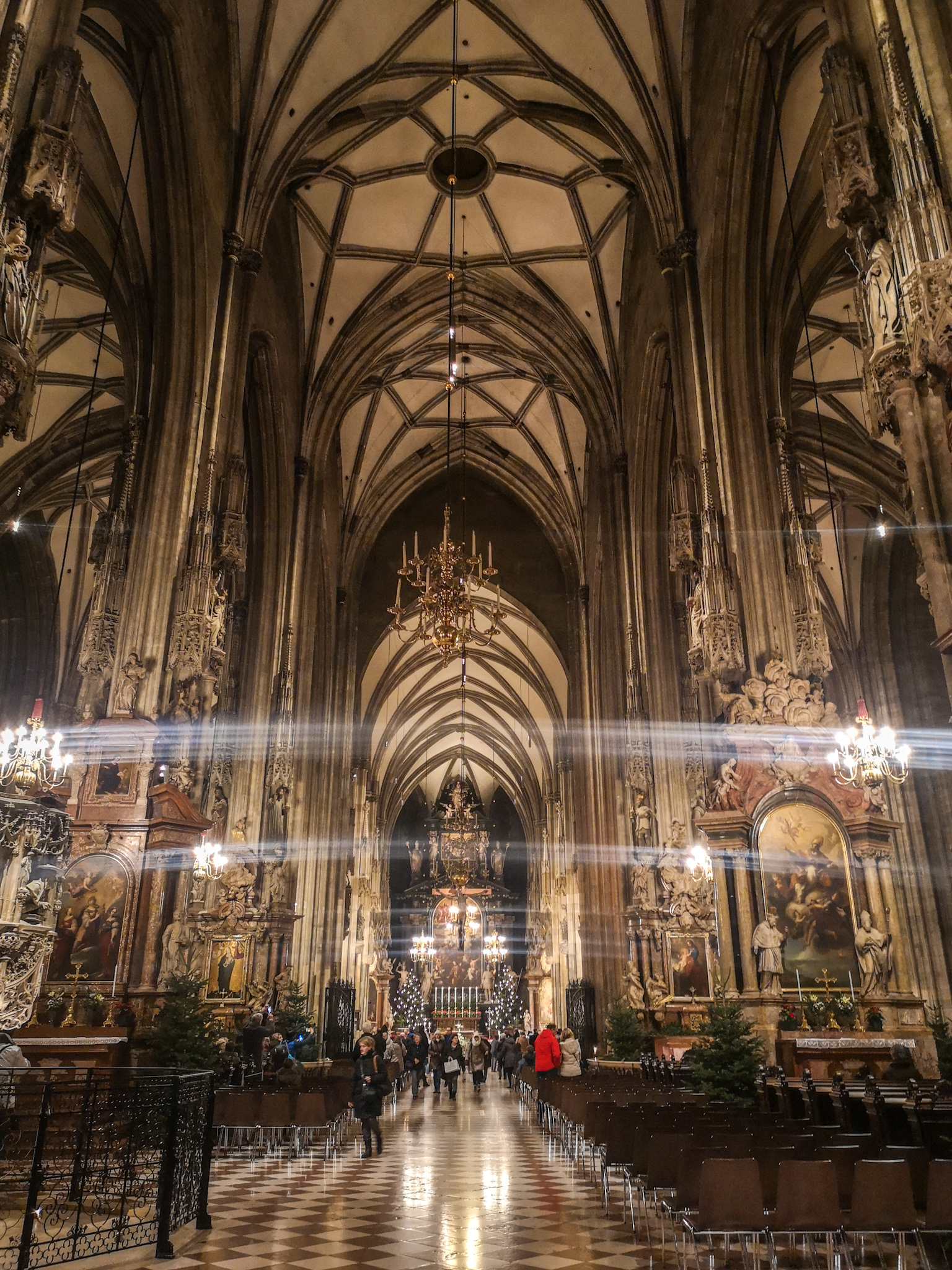 The Spanish Riding School is the oldest and last riding school in the world where classic dressage is still practised in its original form. The Institute was founded in 1572. Its name was derived from the fact that the horses were of Spanish origin. The Lipizzaner is regarded to be the oldest classic horse race in Europe. The horses have been bread in Lipizza in Slovenia. Young Lipizzaner are black and only turn white when reaching maturity. They undergo elaborate training before they are able to perform their prancing renaissance ballet to the sound of classical music.

The riders of the Spanish Riding School train the horses and perform in the Winter Riding School in the Vienna Hofburg (Imperial Palace) in a splendid baroque hall. Tickets are quite expensive but the elegant and complicated performance will provide exquisite pleasure.

Many years of training fuse horse and rider into an inseparable unit. Admire riding skills of the highest order, from pirouettes to caprioles. Prepare to live an unforgettable experience by the precision of movement of the horses in perfect harmony with the music. The shows are often booked for months in advance.

Dates for performances and morning training as well as information on how to obtain tickets on https://www.srs.at/ 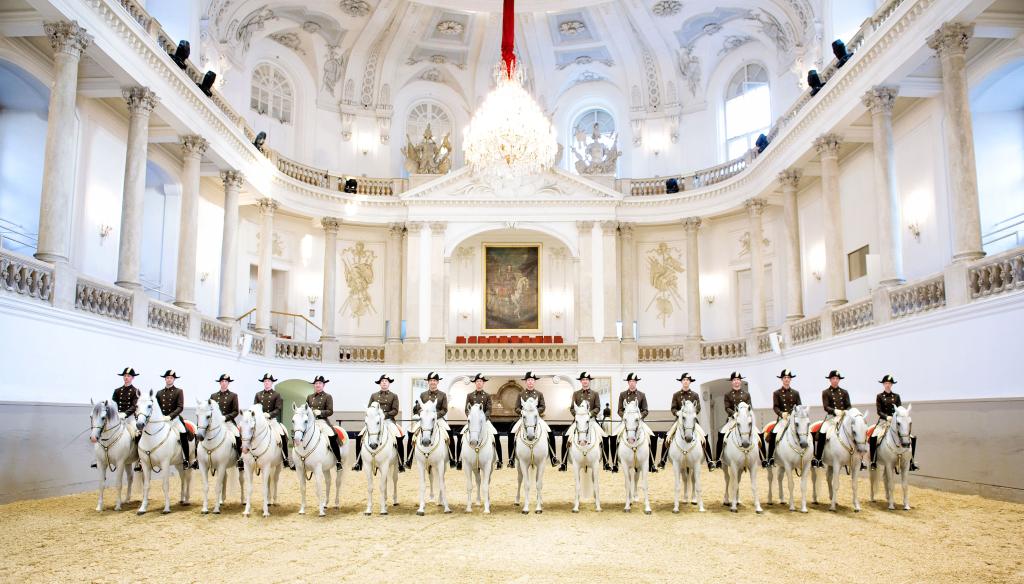 The Hofburg Palace is also known as the Imperial Palace

For many centuries, the Imperial Palace of Vienna was the power centre of the Habsburg. Now it serves as the official residence and workplace of the President of Austria. The Hofburg has been expanded over the centuries to include various residences like the imperial chapel, the imperial library, the treasury, the Spanish Riding School and the imperial mews.

When visiting the Hofburg Palace, you will have access to these three parts; the Sisi Museum, where you will see numerous of Sisi’s personal items from the dresses, parasols, fans and gloves, her travelling case and even her original death certificate. You will also have access to the Imperial Apartments. The Hofburg was the winter residence of the imperial family. The Court ceremonial dictated that each member of the family had their own apartment or suite in one of the numerous palace wings. Today, most of these apartments house a range of museums as well as offices, government ministries and the presidential chancellery. The Amalia Residence, which contained the apartments of Franz Joseph and Elisabeth are opened to the public. 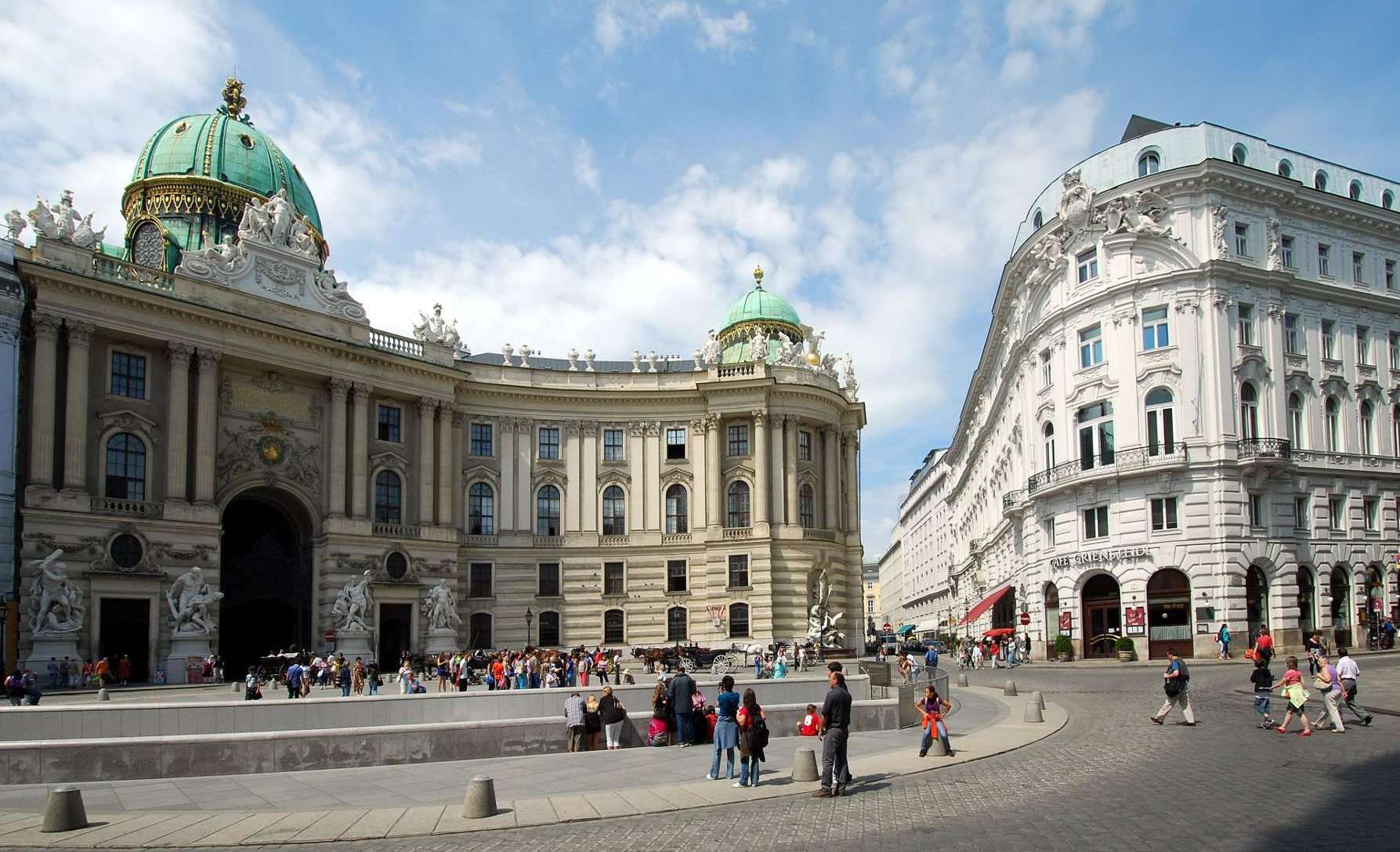 These are the main places of interest to do while in Vienna, of course, if you can, travel to the other regions of Austria like Salzburg and Hallstatt, they are amazing too.

Also, get yourself a sweet treat by having the traditional Austrian desert like: the apfelstrudel, sachertorte, palatschinken, germknödel, kaiserschmarren, linzer torte and so much more.

Like always, if you plan to visit Austria and need a little recommendation, I will be glad to help. Just drop in a comment or if you have been, please share your favourite places around.

Again, a big thank you Itineris travel agency for making my travel memorable.

Book your flights with Itineris Travel Mauritius on the link below

They will give you the best deals on your hotel booking, flights, transfer, sightseeing and holidays packages.